CAIRO (AP) — Around midnight in mid-November, Libyan militiamen in two Toyota pickup trucks arrived at a residential building in a neighborhood of the capital Tripoli. They stormed the house and pulled out a blindfolded 70-year-old man.

His target was former Libyan intelligence agent Abu Agila Mohammed Massoud Kheir al-Marimi, who was wanted by the United States for allegedly building the bomb that blew up a New York-bound Pan Am flight at Lockerbie, Scotland, a few days before Christmas in 1988. 103 were shot down. The attack killed 259 people in the air and 11 on the ground.

Weeks after that night’s raid in Tripoli, the US announced that Massoud was in its custody, surprising many in Libya, which has been split between two rival governments, each supported by militias and an array of foreign powers. has been supported.

Analysts said the Tripoli-based government responsible for handing over Massoud was seeking US goodwill and support amid a power struggle in Libya.

Four Libyan security and government officials with direct knowledge of the operation described the visit, which ended with Massoud in Washington.

Officials said it began with her being taken from her home in the Abu Salim neighborhood of Tripoli. He said he was transferred to the coastal city of Misrata and eventually handed over to US agents, who smuggled him out of the country. 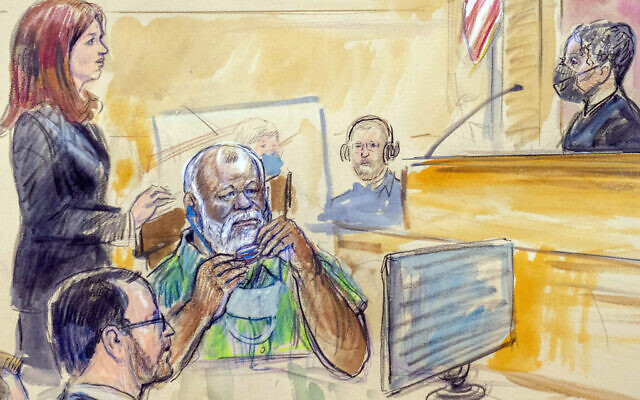 The officials spoke to The Associated Press on condition of anonymity for fear of retribution. Many said the United States had been pressing for months to hand over Masood.

An official said, “Whenever they communicated, Abu Agila was on the agenda.”

In Libya, many questioned the legality of how he was picked up and flown to the US only months after his release from a Libyan prison. There is no standing agreement on extradition between Libya and the US, so there was no obligation to hand over Massoud.

The White House and the Justice Department declined to comment on new details about Massoud’s extradition. US officials have privately stated that in their view, this played out as a by-the-book extradition through a normal court process.

A State Department official, speaking on condition of anonymity in line with briefing rules, said on Saturday that Massoud’s transfer was legal and described it as the culmination of years of cooperation with Libyan officials.

Following a complaint by Massoud’s family, Libya’s chief prosecutor has launched an investigation. But for nearly a week after the US announcement, the Tripoli government remained silent, while rumors swirled for weeks that Massoud had been kidnapped and sold by militiamen.

Following public outcry in Libya, the country’s Tripoli-based prime minister, Abdul Hamid Dabibah, acknowledged on Thursday that his government had handed over Massoud. In the same speech he also said that Interpol had issued a warrant for Masood’s arrest. A spokesman for Dabiba’s government did not respond to calls and messages seeking additional comment.

On 12 December, the US Department of Justice said it had requested that Interpol issue a warrant for him.

Massoud, an explosives expert with the Libyan intelligence service, was detained by a militia in western Libya following the fall and assassination of Libyan leader Muammar Gaddafi, which turned into a civil war in 2011. He spent 10 years in prison in Tripoli for crimes related to his position during Gaddafi’s regime. 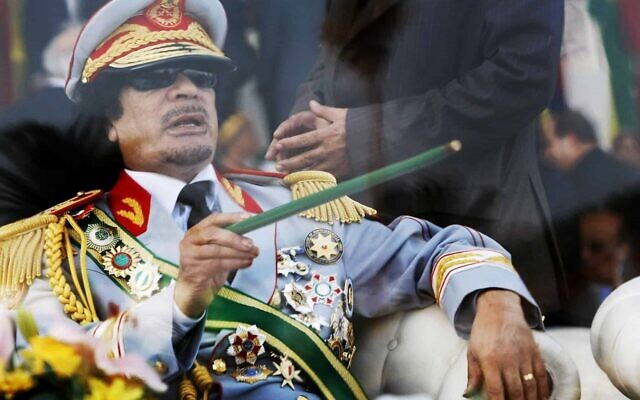 He was released in June after serving his sentence. A military official said that after his release, he was under permanent surveillance and could barely leave his family home in the Abu Salim district.

The neighborhood is controlled by the Stabilization Support Authority, an umbrella of militias led by Sardar Abdel-Ghani al-Kikli, a close ally of Dabibah. Al-Kikli has been accused by Amnesty International of involvement in war crimes and other serious rights violations over the past decade.

Libyan officials said that after Massoud’s release from prison, the Biden administration intensified demands for his extradition.

At first, the government of Dabibah, one of two rival administrations claiming to rule Libya, was reluctant, citing concerns of political and legal repercussions, an official in the prime minister’s office said.

The official said US officials have been raising the issue with the government in Tripoli and with warlords handling the fight against Islamist militants in Libya. Under mounting pressure, the prime minister and his aides decided in October to hand over Masood to the US authorities, the official said.

“It fits into a wider campaign being run by Dabibah, which basically involves giving gifts to influential states,” said Jalel Harchoui, a Libya expert and fellow at the Royal United Services Institute. He said there was a need to take sides to help Dabeba stay in power.

More than a decade after Gaddafi’s death, Libya remains chaotic and lawless, with militias still dominating large areas. The country’s security forces are weak in comparison to the local militias, with whom the ousted government is allied to varying degrees. The Dabibah government called on al-Kikli, who also holds a formal position in the government, to carry out Massoud’s arrest.

According to an employee of the Stabilization Support Authority who was briefed on the matter, the prime minister discussed the Masood case in a meeting with al-Kikli in early November. A government official said that after the meeting, Dabibah informed US officials of her decision and agreed that the handover would take place within weeks in Misrata, where her family is influential. 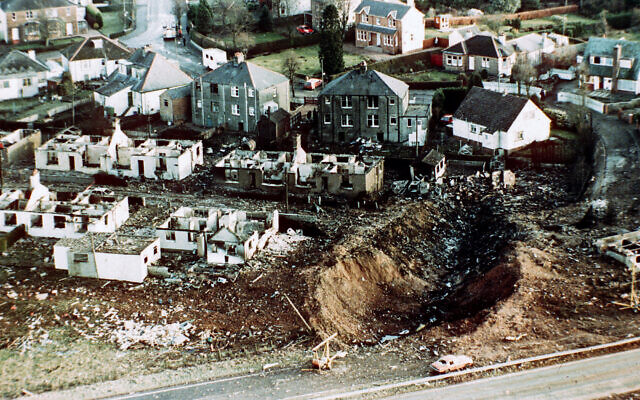 This December 1988 file photo shows collapsed houses and a deep gash in the ground in the village of Lockerbie, Scotland following the Pan Am 103 bombing. (AP Photo/Martin Cleaver, File)

Then in mid-November there were raids, described by officials.

Militiamen broke into Massoud’s bedroom and grabbed him, blindfolded and taken to a detention center run by the SSA in Tripoli. He was there for two weeks before being given to another militia in Misrata, known as the Joint Force, which reported directly to Dabiba. It is a new paramilitary unit established as part of a network of militias that support it.

In Misrata, Massoud was interrogated by Libyan officials in the presence of US intelligence officials, a Libyan official briefed on the interrogation said. Massoud declined to answer questions about his alleged role in the Lockerbie attack, including the contents of an interview the US says he gave to Libyan authorities in 2012, during which he discussed bomb-making. Had accepted the point of being. The official said that he insisted that his detention and extradition was illegal.

In 2017, US authorities obtained a copy of a 2012 interview in which they said Massoud admitted to working with two other co-conspirators to build the bomb and carry out the attack on the Pan Am airliner. According to an FBI affidavit filed in the case, Massoud said the operation was ordered by Libyan intelligence and that Gaddafi later thanked him and other team members.

Some have questioned the legality of Massoud’s handover, given the role of informal armed groups and the lack of official extradition procedures.

Harchoui, the analyst, said Massoud’s extradition is a sign that the US is turning a blind eye to what it characterized as lawless behavior.

“What foreign states are doing is they’re saying we don’t care how the sausage is made,” he said. “We’re getting things that we like.”