Foreign Minister Yair Lapid announced on Wednesday that his Yes Atid party’s candidate for head of the Jewish agency would be Ruth Calderon, a former centrist faction legislator.

“Dr. Ruth Calderon is a role model who can represent us in the Jewish Agency with her in-depth knowledge of Jewish history and the challenges of the future,” Lapid said in a statement.

Calderon is a longtime Jewish teacher, Talmud scholar, and founder of Israel’s first Center for Secular Studies. He served in the Knesset from 2013 to 2015.

Calderon chose Yesh Atid as head of the Jewish Agency, replacing Intelligence Minister Eleazar Stern. Stern withdrew his candidacy amid controversy over comments that suggested he had ignored anonymous complaints – possibly including claims of sexual harassment – while serving as the head of the IDF’s manpower directorate.

The committee to select the next Jewish agency head has begun inviting potential contenders for job interviews.

A source in Yash Atid told The Times of Israel that Prime Minister Naftali Bennett’s Yamina party is also expected to extend its support behind Calderon, which could give the former MP an edge over other candidates. 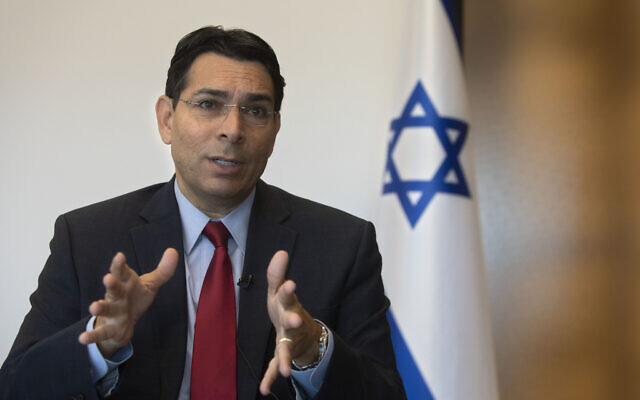 Israel’s then ambassador to the United Nations, Danny Dannon, speaks during an interview with The Associated Press in the central Israeli city of Ranana on July 28, 2020. (Sebastian Skinner/AP)

While the selection committee is not required to choose a candidate supported by the government, it does take into account the recommendation of the coalition.

It is believed a final decision will be made by February when the Jewish Agency Board of Governors meets.

Thank you for supporting Test cricket so enthusiastically: Shane Warne to Virat Kohli

IND vs SA: ‘It was in the heat of the moment, we are good friends’ – Marco Janssen on clash with Jasprit Bumrah