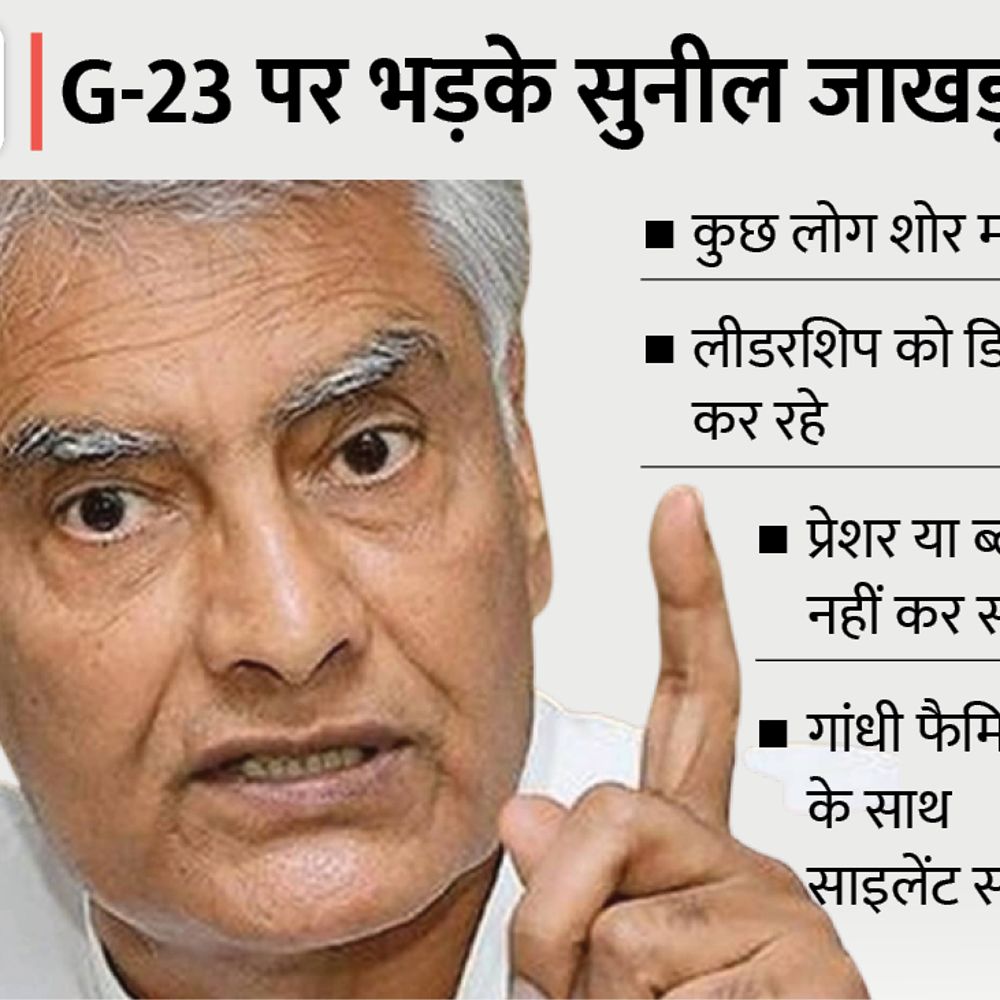 Former Punjab Congress chief Sunil Jakhar is now at loggerheads with the party’s disgruntled G-23 group. He said that some people are dictating leadership by making noise. Leadership cannot work under pressure. Leadership cannot be blackmailed. He said that some of these people are only Chaudharys of Rajya Sabha. who have no political base. They should not be placed on the head.

Jakhar said that there is silent support with the Congress leadership (Gandhi family). On one side there are crores of Congress workers and on the other there are 23 people. There are some people in these 23 also, who have political base. I respect them. Some people are just Choudhary of Rajya Sabha. Here are the leaders of Delhi. These people should be avoided. They should be kept in their place. Should not be placed on the head.

Will reveal everyone’s name when the time comes

He said that if the elections of the organization will be held, he will keep this matter. Will reveal the full details when the time comes. If there is no talk, then we will keep it in the central leadership. Jakhar said that the one who is sitting with the Congress flag. Booth handling. The head is spinning. He is with the Congress chief.

Annoyed by not being able to become CM, Ambika kept targeting Soni

Sunil Jakhar is upset over not being able to become the Chief Minister of Punjab. He has expressed pain many times that he had the support of 42 MLAs after the removal of Captain Amarinder Singh. Despite this, he was not made the CM. The reason for this is attributed to Ambika Soni. Soni had said that the CM in Punjab should be a Sikh face. Because of this, Jakhar did not even contest the assembly elections.