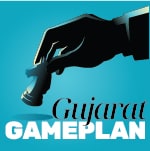 Throughout his campaign, PM spoke about a range of issues, making strong statements on the development brought about by the BJP in Gujarat, while lashing out at the Opposition.

A look at his key quotes and the rally marathon:

‘TERROR TALK’ AT KHEDA AND NETRANG: “Our government in Gujarat was acting against terrorists, but the United Progressive Alliance (UPA) government in Delhi was going soft on them. They (Congress) were instead busy attacking me,” Modi said at his rallies on November 27. “Now we go inside the home of terrorists to attack them. But these parties question the surgical strikes too. The Congress’s politics has not changed and some new small parties are following the same. Vote bank politics will always be a danger on terror front. We have to safeguard Gujarat from those playing the game of terror. Only the double engine government of the BJP can save country and Gujarat against terror. The youth of Gujarat, who have not seen curfew in the past 20 years, must not see bomb blasts too.”

‘TRIBALSPEAK’ AT DAHOD: Prime Minister Narendra Modi, on November 23, asked why the Congress did not support Droupadi Murmu in the presidential election if the opposition party was so concerned about tribals. Modi referred to Congress leader Rahul Gandhi and his ongoing Bharat Jodo Yatra in the speech.

”A person is conducting a foot-march to get back power. In his speech, he talks about tribals. I want to ask him, why Congress did not support the BJP’s woman tribal candidate in the presidential election? Instead, they fielded their own candidate to defeat her,” the prime minister said. “Despite Congress’s efforts, Droupadi Murmu became the President with the blessings of tribal people,” he added. “Why did the Congress never think of making an Adivasi (tribal) our President? It was the BJP which made a tribal person, that too a woman, our country’s President for the first time and sent a message to the world,” Modi said.

‘AUKAAT JIBE’ AT SURENDRANAGAR: While addressing a rally in Surendranagar in Saurashtra on November 21, Modi took a dig at the Congress and Rahul Gandhi saying those who have been thrown out of power are taking out yatra to get back to power. He further said the party fears bringing up issues of development. “The Congress doesn’t want to raise these issues because they know the BJP has a great record,” he said, adding that the party was targeting the PM to divert from these issues. “They don’t discuss development…they say they will show Modi his aukaat,” he said. “I am an ordinary man, I have no aukaat…you are all royalty,” he added. “I am only a sevak, does a sevak have any aukaat? You have called me many names, but I ask you to talk about vikas (development), enter the field to make Gujarat better, leave aside this talk of aukaat,” the PM said.

‘WIN AT EACH BOOTH’ REQUEST AT GIR SOMNATH: Modi on November 20 appealed to the people of Gir Somnath district in election-bound Gujarat to make the ruling BJP victorious in all the polling booths. “Another thing I want from you is to make sure the BJP wins each and every booth here. Will you do it for me? This time, my focus is to win all the polling booths here. If you will help me in achieving this, these four BJP candidates will automatically reach the Assembly in Gandhinagar,” the PM said.

​CONFIDENCE IN CM IN 48-HR BLITZKREIG: The BJP leaders have consistently been saying that the party will register its biggest victory in Gujarat this time. Modi built upon the same during his November 20-21 campaign marathon to appeal to the electorate that “Bhupendrabhai (CM Bhupendra Patel) should break the records of victory of Narendrabhai (Narendra Modi)” and stressed on an “overwhelming majority” this time. Besides this being a vote of confidence in the CM, Modi also said that he will work with Bhupendra Patel to make Gujarat even better. “This time, Gujarat will break all records, I have faith in how you are putting faith in Bhupendrabhai and CR Patil (BJP state president),” Modi said in his rallies. He also attacked Rahul Gandhi for walking with Medha Patkar. “A Congress leader was seen taking out a padyatra with a woman who stalled the Narmada dam project for three decades,” Modi said, addressing a rally at Dhoraji in the poll-bound state.

ALSO READ | ‘Congress Attacked Me Instead of Terrorists’: PM Modi Strikes Back at ‘Vote Bank Politics’ in Gujarat Rally

NEW POLL, NEW SLOGAN AT VALSAD: Modi on November 6 coined a new slogan in Gujarat “Aa Gujarat, mai bnavyu chhe” (I have made this Gujarat) during his first election rally in his home state after the announcement of poll dates.

PM Modi, who was the chief minister of Gujarat from 2001 to 2014, said the forces that indulged in spreading hatred and defamed Gujarat will be swept out of the state in the Assembly elections. “Those divisive forces that have indulged in spreading hatred, those who have tried to defame and insult Gujarat have been swept out of Gujarat. In this election also they will meet the same fate,” he said during the rally in Kaprada in Valsad district.

“Sitting in Delhi, I am getting the inputs that BJP will win with a record margin this time in Gujarat. I have come here to beat my past records (of BJP’s victory margin). I have told the Gujarat BJP that I am ready to give as much time as possible to it (for campaigning),” Modi said.