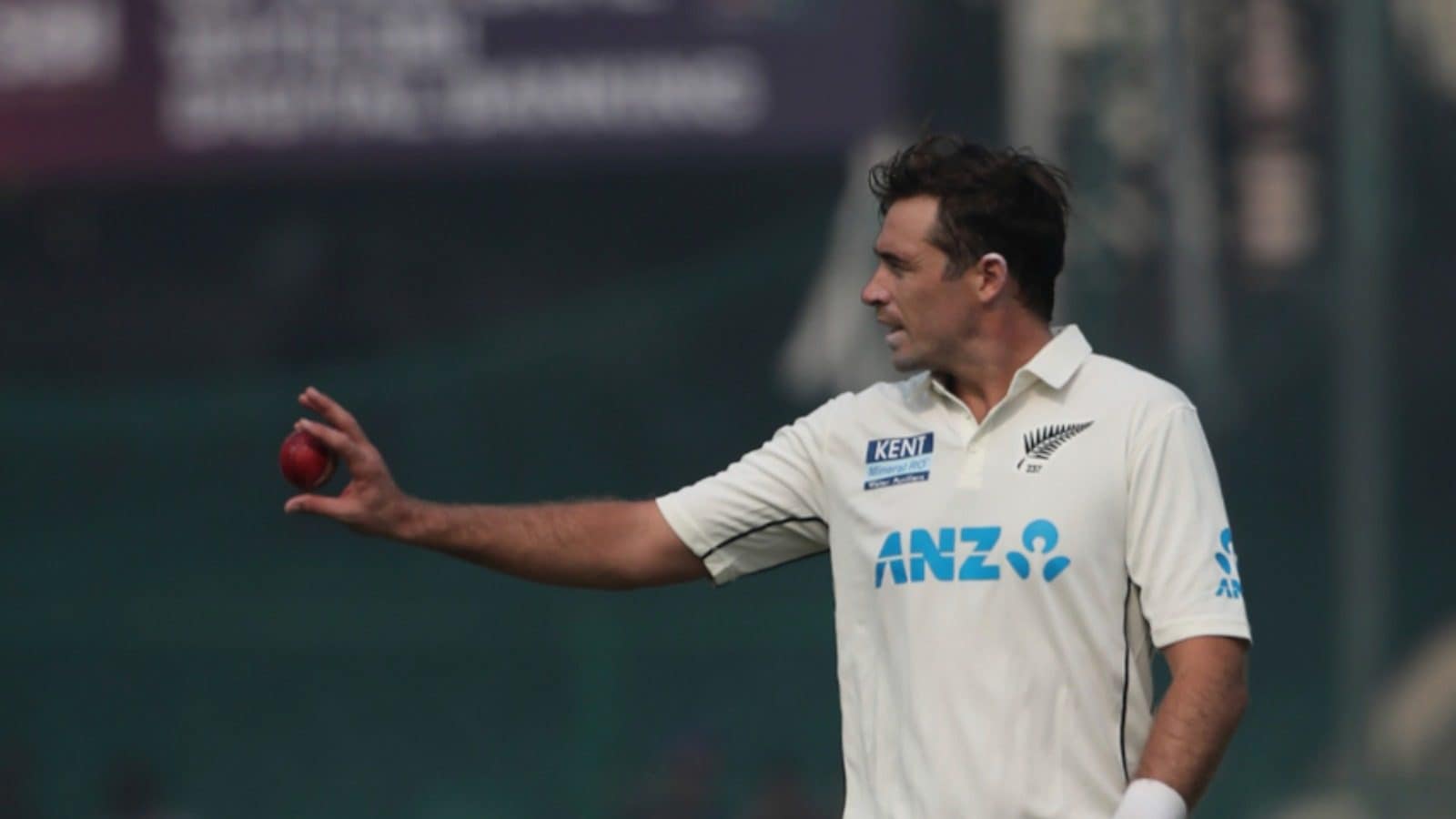 Southee had claimed all the wickets in the first session as he delivered a stellar swing-bowling performance on a track that was expected to assist the spinners.

Pace spearhead Tim Southee took a brilliant five on Day 2 to get New Zealand back in the game India on the back foot. Southee made it through India’s lower-middle order at lunch in Kanpur to restrict them to 339/8 in 109 overs. Southee had claimed all the wickets in the first session as he delivered a stellar swing-bowling performance on a track that was expected to assist the spinners.

For India, Shreyas Iyer scored a scintillating century on his Test debut to lead India’s fight, but he was also beaten by the veteran pacer. Iyer was dismissed for 105 off 171 balls as his innings contained 13 fours and two sixes. The 26-year-old became the 10th Indian player to score a century on Test debut on Indian soil and the 16th overall in his first innings of a Test match.

Ravindra Jadeja (50) failed to add anything to his overnight score and was the first batsman to return to the pavilion on the second day. Wicketkeeper Wriddhiman Saha also failed to make an impact on his return to India’s game and was dismissed for just 1. Axar Patel was Southee’s fifth victim as he completed his 15th half-century in Test cricket.

Apart from Iyer, only Ravichandran Ashwin looked comfortable batting in the middle on Day 2. The veteran all-rounder was unbeaten on 38 for 4 with Umesh Yadav at lunch.

No New Zealand spinner failed to make any impact in the game as the trio of Rachin Ravindra, Ajaz Patel and William Somerville bowled a combined 59 overs so far.

Meanwhile, Iyer played an innings of the highest quality in his debut game as he stabilized India’s innings at the crucial juncture of the game. He made a huge impact in the captain’s absence Virat Kohli In the batting order. With the century, Iyer caused a problem for the team management in choosing the playing XI when Kohli returned in the second Test.