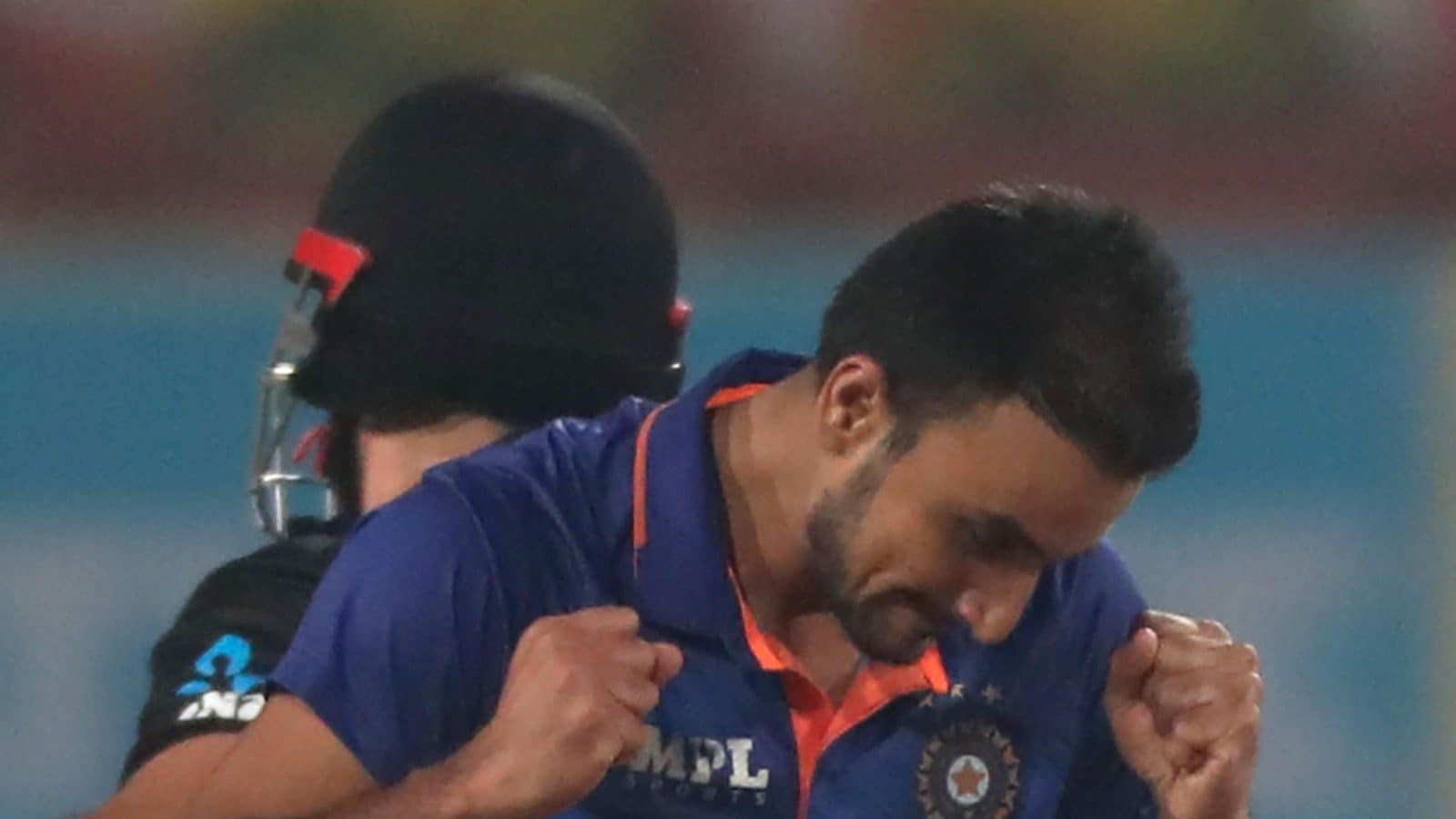 Harshal Patel on his international debut to guide India 7 wickets win over New Zealand. The hosts have also taken an unassailable 2-0 lead in the three-match series. On his debut, Harshal proved how he could be a vital cog in India’s bowling unit for the next t20 world cup in Australia.

The 30-year-old received the player of the match award for his exemplary bowling of 2/25 on surfaces where there was not much assist for the bowlers.

After the match, Harshal revealed the advice he received from the legendary AB de Villiers, who announced his retirement from all forms of cricket on Friday. Harshal, who won the Purple Cap last season in the IPL, played with de Villiers in the RCB camp and got a chance to make up his mind.

“AB has had a huge impact on my career. I have always been his silent observer. Recently when we were starting our campaign in UAE I asked him, ‘How do I reduce my big overs? I have bowled 12-15 even 20 overs IPL So how should I reduce them?’ So he told me, ‘When a batsman hits your good ball, you shouldn’t change that. You must force the batsman to hit his good deliveries consistently. If you hit a good ball once, if you change it, the batsman is already expecting it. This is something that stayed with me in the second phase of the IPL and will stay with me throughout my career,” Patel said after winning the player of the match award.

The former Proteas captain posted a heartfelt note on Instagram regarding his retirement.

De Villiers said that he played the game with pure joy and enthusiasm but now the flame does not burn that fast.

IPL 2021 was the last tournament where de Villiers played before retiring. His team Royal Challengers Bangalore were knocked out of the playoff stage as they failed to win their first IPL trophy.