Food maker Strauss informed consumers on Thursday that it would raise the price of several of its products later this month, after major rival Tanuva made a similar announcement.

The price increase on some items will be as high as 9 percent but the average will be a little over 3%. The new price will start from December 19.

However, there will be no change in the prices of Elite Coffee, Cottage Cheese, Cream Cheese and some of its chocolate items.

Strauss said the need to raise prices was due to increases in basic ingredients, mainly milk, sugar, oil and cocoa, as well as energy and packing costs, which have risen sharply over the past two years.

Consumer prices and raw material costs have risen around the world over the past year due to a number of factors, including supply chain issues stemming from the COVID pandemic and Russia’s invasion of Ukraine. Israel has so far been relatively safe, seeing only modest increases in the prices of food and other basic goods, although other sectors including housing and electricity have seen large increases.

Strauss said that the reason for its increase in prices was not mass recall number of products and closing its factories earlier this year after salmonella was found in some chocolate items. The company has since been allowed to resume production in phases after implementing hygiene changes. 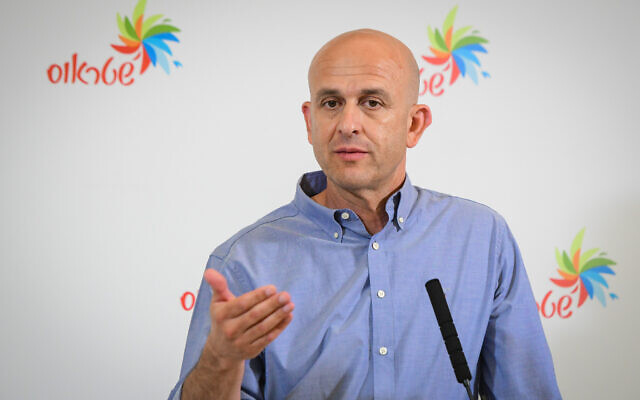 “It is clear to us that this is not an easy step and that dealing with the cost of living affects every household in Israel,” Strauss Israel CEO Eyal Dror said in a statement.

“At the same time, we believe that updating the price proportionately is a condition of maintaining a balance between the needs of the public, the Company’s employees, its suppliers, its customers and the many public investors.”

The Standing Together organisation, which lobbies to raise the minimum wage to NIS 40 an hour, said in a statement that Strauss and other retail chains were acting only “to maintain their huge profits”.

Channel 13 News reported that there are now concerns that Osem, one of the country’s largest food producers, will follow suit by raising the prices of Strauss and Tanuva.

In mid-November, dairy giant Tanuva announced a roughly 4.7% increase on hundreds of dairy products whose prices were not government-regulated, as well as on some non-dairy alternatives. Tanuva attributes the increase to “rapid growth” [the cost of] raw milk,” which has grown 24% since 2019 and added NIS 400 million ($115 million) to the company’s spending.

Israel’s biggest supermarket chain Shufersal said it would protest the price hike by removing the affected products from its shelves, as it had previously done with Unilever, the country’s second-biggest dairy processor, and other big food makers like Tara.

But on Tuesday Shufersal said it would happen agreed to increase the price On some products, the boycott ended the brand after only a few weeks at rising costs.