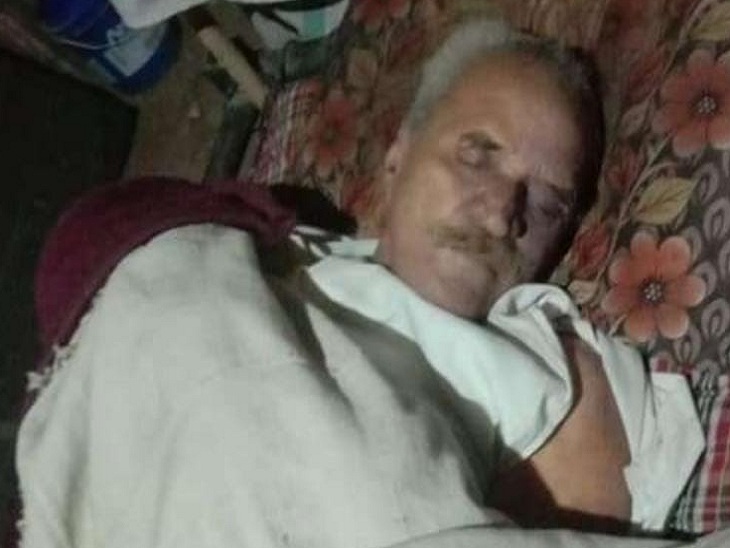 Another farmer involved in the ongoing farmers’ movement on the Singhu border died on Sunday morning. The farmer was a resident of Bhagal village in Kaithal and was here for the last one month. The death of the farmer is said to be normal. Neither his post-mortem was conducted nor the death was reported to the police. Farmers have been sitting on the Kundli-Singhu border for the last one year, demanding the repeal of three agricultural laws and guarantee of MSP. Every now and then, there are reports of the death of farmers on the border due to one reason or the other. A farmer also died on Sunday morning.

Farmers of village Bhagal, Tehsil Guhla Cheeka, Kaithal have also reached here to join the movement. He has put up his tent in front of the TDI gate. Mevaram Punia of village Bhagal died around 3 am on Sunday morning. Fellow farmers told that the age of the deceased farmer was about 75 years. He was involved in the agitation continuously for the last 1 month. His health was deteriorating for several days and he died in normal condition on Sunday morning. The farmers of the village, including his family members, took his body to the village.

The farmers of Punjab and Haryana gathered in large numbers when the information about the death of farmer Mewa Singh came to the nearby farmers. Farmers expressed condolences on the death of Mewa Singh, paid tribute and after that the farmers raised slogans against the central government and Prime Minister Modi. Slogans of Kisan Ekta and Kisan Zindabad were raised a lot here.

The farmers informed on social media that Mewa Singh Singhu of Bhagal village has been martyred on the border. A photo of him was also released in which he is seen in a dead condition and there is also a flag of Bhakiyu by his head. The farmers told that his last rites would be performed in the village at 11 am and during this an appeal was made to reach more and more farmers.

Neither postmortem nor information to the police

Describing the death of Mewa Singh as normal, his family members took his body to Bhagal village without conducting a post-mortem. Police Station Kundli in-charge Inspector Ravi said that no information about the death of the farmer was given to the police. Police is investigating. If anything suspicious is found, action will be taken.