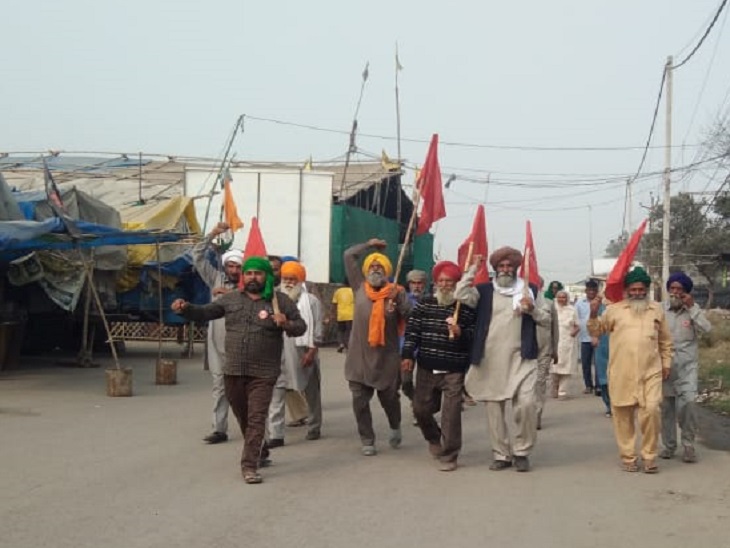 Two farmers of Punjab, who were going to join the farmers’ movement, were hit by a truck near Gohana. In the accident, one farmer died on the spot, the other is undergoing treatment in the hospital. The deceased has been identified as Baljit Singh of Barnala. His body has been kept at Gohana Civil Hospital for post-mortem.

Lakhwinder Singh, a resident of village Delwa in Barnala, Punjab, told the police that he was going from Punjab to Rohtak along with his companions. They were getting down to eat food after stopping their tractor trolley near Mannat Hotel near Mahra, ahead of Gohana. A truck from behind hit fellow Baljeet Singh alias Mota resident of Delva, Barnala. He died on the spot. Another accomplice Balwant has sustained serious injuries. He has been admitted to a private hospital in Gohana. From where he was referred to PGI Rohtak.

This team of farmers from Barnala in Punjab was going on a tractor-trolley to participate in the program to be held at Tikri border on November 26, on the completion of one year of the farmers’ movement.