Israeli companies and researchers received over 1,600 grants totaling over €1.3 billion ($1.35 billion) from Europe’s research and innovation program, Horizon 2020, between 2014 when it launched and 2020 when it wrapped up, according to an announcement by the Israel Innovation Authority.

Over the course of seven years, some 2,045 researchers, startups and other entities such as consortiums and groups received 1,666 grants from the program. Another €550 million ($572 million) was invested in Israeli companies and venture capital funds through the European Investment Bank, according to the announcement.

Since 2014, the multidisciplinary Horizon 2020 program supported projects across various fields. The most popular projects were in natural sciences, which drew about €780 million ($812 million), followed by health and life sciences initiatives with about €360 million ($374 million).

Horizon 2020 was part of the EU’s efforts to boost international cooperation in research and innovation, a strategic priority for the union. It created business opportunities and made scientific diplomacy part Europe’s foreign policy. Israel has been a partner in the EU’s research and innovation framework programs since 1996, when it joined the EU’s fourth research program — the first non-European country to do so.

Israeli funding for participation in Horizon 2020 was provided by the Council for Higher Education, the Innovation Authority, and the Ministry of Innovation, Science and Technology. 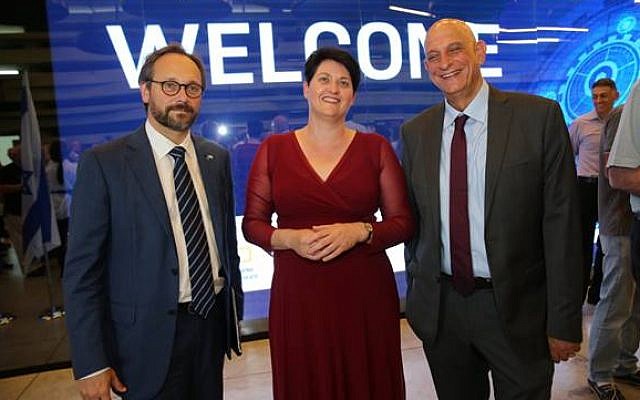 The EU has since launched Horizon Europe, a similar but larger program that will allocate €95.5 billion ($111 billion) in grants through 2027. The new program will focus more on backing green technologies and support sustainability goals in health, education, manufacturing, mobility , agriculture, and food systems.

Israel officially joined the Horizon Europe program in December, opening the way for Israeli academics and companies to further bid for billions of euros in research funding.

The EU Delegation to Israel, together with the Israel-Europe Research and Innovation Directorate (ISERD) and the Israel Innovation Authority, officially launched the program on Monday during an event in Tel Aviv.

Benoit Chapas, deputy head of the European Union delegation in Israel, said in a statement: “Taking advantage of Israel’s leading position in the disruptive and market-creating innovation, we would like to multiply the benefits for the European innovation capacity and scale up investments and business links between our innovation entities and enterprises.”

Outlining the new program’s priorities, Signe Ratso, the deputy director general for research and innovation at the European Commission, said: “Going Green is as pertinent as ever but now underlined by an overarching and urgent need to find alternative resources, especially to meet EU energy needs with hydrogen being key.”

Marc Attali, the coordinator of Israel-EU Economic Cooperation Programs at Israel’s Ministry of Foreign Affairs, said the Horizon Europe program not only “makes a significant contribution to scientific and technological research, as well as to the economy,” it also promotes Israeli industry and “opens up opportunities for Israeli companies in European markets.”

Separately, another event held last week at the Peres Center for Peace and Innovation in Jaffa honored 2019-2020 grant recipients of Horizon 2020. In the final two years of the program, over 550 Israeli companies and researchers received EU grants.

Among the Israeli recipients in the Horizon 2020 program’s seven-year run was the firm Vectorious, which is developing a miniature wireless heart implant that monitors heart function and sends data directly to healthcare providers; Optima Design Automation from Nazareth, a company developing a software platform for chip manufacturers to ensure the functional safety of chips used in autonomous cars; Jerusalem-based Triox Nano, the developer of a new drug delivery platform that enables the injection of the active ingredient used in chemotherapy directly and only to the tumor area; and the PlaMOS project, led by Mellanox Technologies Ltd. (acquired by Nvidia) and IBM’s Haifa Lab, which is developing an integrative platform that allows an eightfold increase in the speed of optical transmitters and receivers used in data centers.