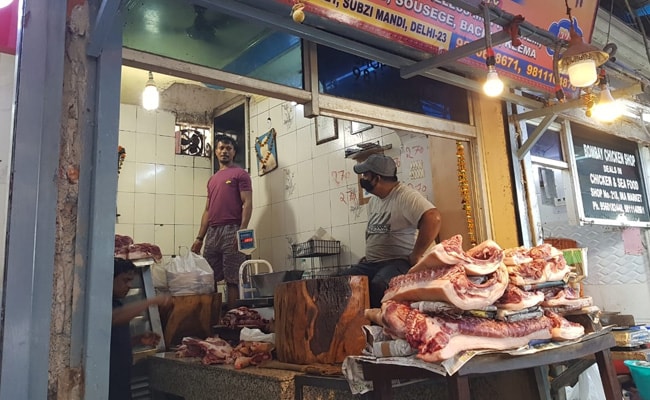 There are around 1,500 registered meat shops under the jurisdiction of SDMC.

A Trinamool Congress spokesperson said in a letter to the Municipal Commissioner of South Delhi that the forced closure of meat shops during the Hindu festival of Navratri in South Delhi is “totally and utterly illegal”. Shops are illegal. The controversy, which started after South Delhi Mayor Mukesh Suryan announced the closure of meat shops under his civic body during the “auspicious period of Navratri dedicated to Goddess Durga”, has turned into a massive controversy, with many Called it unfair, and even communal.

“Delhi is not Gotham City,” tweeted Saket Gokhale, in reference to the fictional city in the Batman comic books.

letter to city commissioner @OfficialSdmc Demanded an immediate circular declaring the ban on meat shops to be illegal.

Delhi is not Gotham City. The mayor has no executive authority to close shops.

The commissioner must act or answer in court. pic.twitter.com/d0RHlCnNh0

Citing news reports that meat shops are being forced to close in different parts of Delhi, Mr. Gokhale said the mayor has no executive power to order the closure of shops. .

“May I take this opportunity to remind you that, as Commissioner, you are the sole executive officer of the South Delhi Municipal Corporation. The order of closure of any shop (meat or otherwise) is only for Health/Safety/Others may be given for valid reasons,” he said in the letter.

The Mayor of South Delhi had said that this decision has been taken keeping in mind the ‘feelings of Delhiites’.

Mr. Suryan said, “People complained to me. People observing fast were finding it difficult to cut meat in the open. It is not a violation of one’s personal liberty.”

The Mayor of the East Delhi Municipal Corporation (EDMC) has also called for the closure of these shops during the nine-day festival.

However, no official order was issued by the municipal bodies.

Following the ban call, several meat shop owners in these areas of the national capital kept their establishments closed yesterday fearing action by the authorities.

earlier today, Trinamool Congress MP Mahua Moitra had also criticized the ban., Referring to the freedom given to Indian citizens by the Constitution, he said that it allows them to eat meat whenever they want and also gives freedom to the shopkeepers selling meat to carry on their business.

I live in South Delhi.
The constitution allows me to eat meat whenever I want and gives the shopkeeper the freedom to run his business.

Mr Gokhale also trained his guns at the municipal commissioner, alleging “gross dereliction of duty” for failing to intervene in the situation.

Terming the verbal order of the South Delhi Mayor as illegal, he also asked the commissioner to pay compensation to those whose shops would have lost their livelihood due to the closure of their shops.

“The tacit support provided by your office to the illegal whims of the mayor and your failure to enforce the law and stop the illegal closure of meat shops is a violation of the fundamental constitutional rights of the people,” Gokhale said.

According to news agency PTI, there are around 1,500 registered meat shops under the SDMC’s jurisdiction.

In a first, High Court hears case through Whatsapp; here’s why