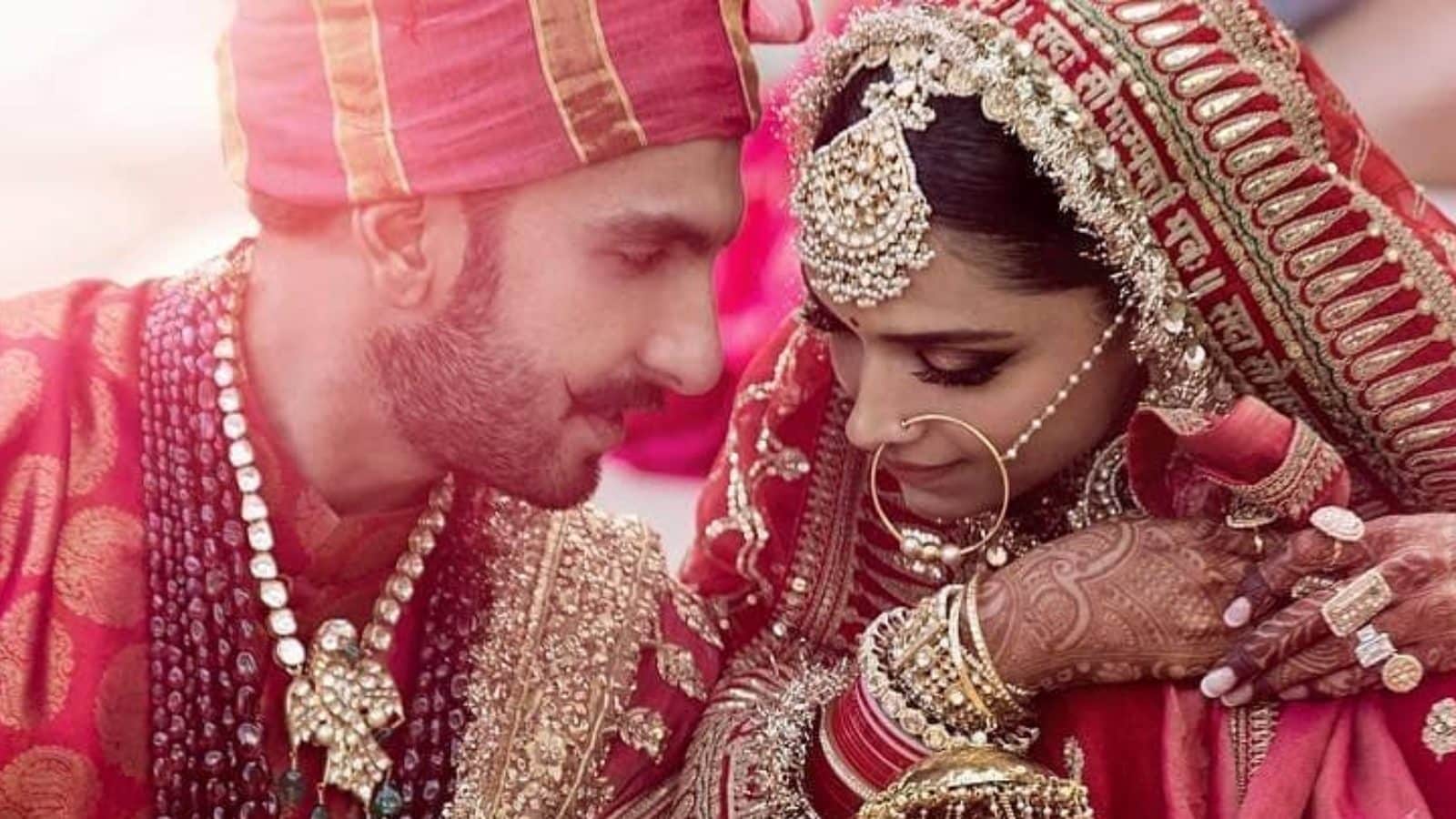 Bollywood power couple Ranveer Singh and Deepika Padukone are celebrating their third wedding anniversary today (November 14). The couple continues to set relationship goals for millions of fans who first saw the couple on screen in Sanjay Leela Bhansali’s Ram-Leela in 2013.

As fans celebrate the couple’s third wedding anniversary, we take a look at their love story that unfolded behind the scenes. Ranveer first met Deepika in 2012 at the Zee Cine Awards in Macau. It is true that during the production of Ram-Leela, which was based on Bhansali’s Shakespeare’s Romeo and Juliet, the actors got an opportunity to spend time with each other.

In this picture shared by Ranveer on June 15, 2018, the actor was seen flaunting his washboard abs in an open white shirt. Deepika’s comment on this picture – “mine” – confirms their romance. The couple got engaged back in 2014 and as Deepika revealed in an interview to Filmfare that no one knew about it except her parents and sisters.

The wedding pictures shared by the couple had flooded the social media feeds of Indian fans and followers and emerged as one of the most double-tapped posts on social media. The couple tied the knot in a private wedding ceremony held at Villa del Balbianello in Lake Como, Italy.