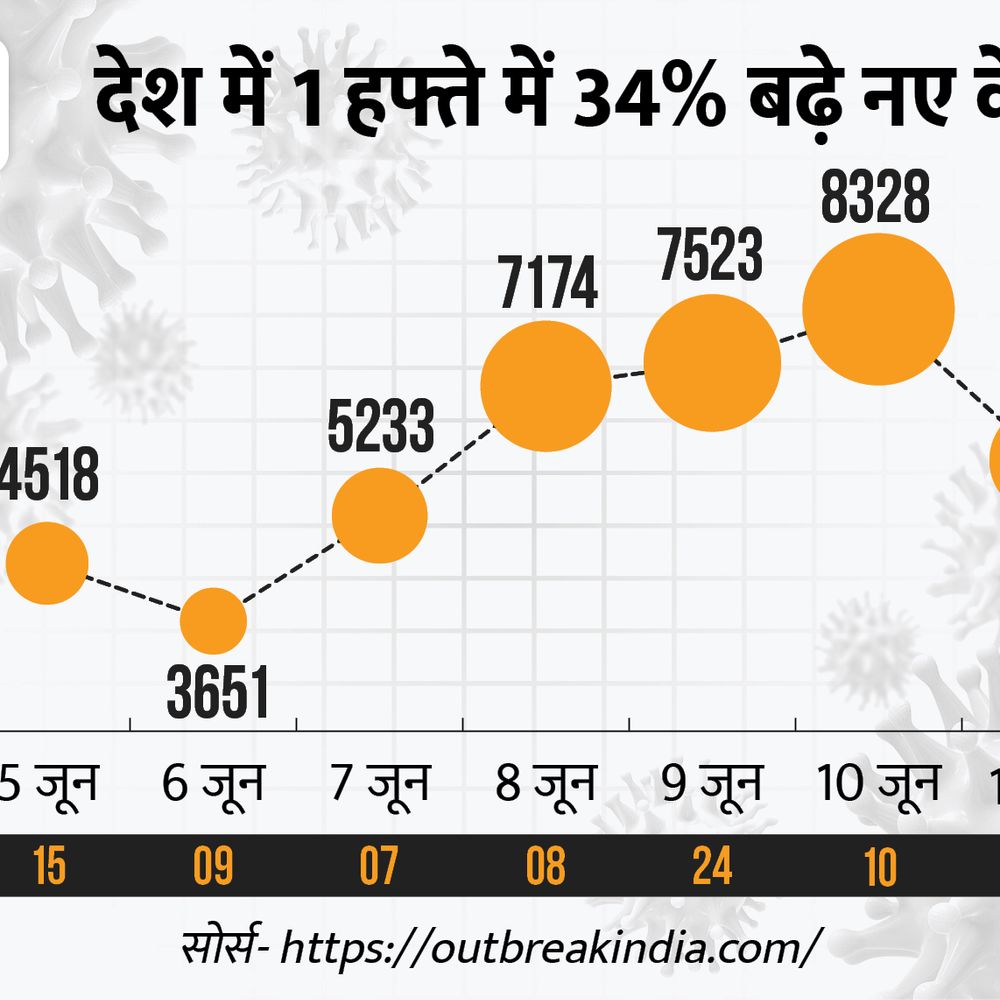 7.07% positivity rate in Maharashtra with highest number of cases
The maximum number of 2922 infected people in the country have been found in Maharashtra. The only death there has also happened here. 1392 people have recovered here on the last day. Here the number of active cases i.e. patients undergoing treatment is 14,858. Earlier on Saturday, 3,081 new cases were found here.

Karnataka at number three in total deaths
On Saturday, 562 new cases of corona were registered in Karnataka, while 352 people have been cured. Here the number of active cases i.e. patients undergoing treatment is 40,108. Earlier on Friday, 535 cases were found. At the same time, 471 new ones were found on Thursday. Not a single person has died from Corona on the last day.

A total of 40,108 people have died in the state since the start of the pandemic. Karnataka ranks third after Maharashtra and Kerala in terms of total deaths in the country.