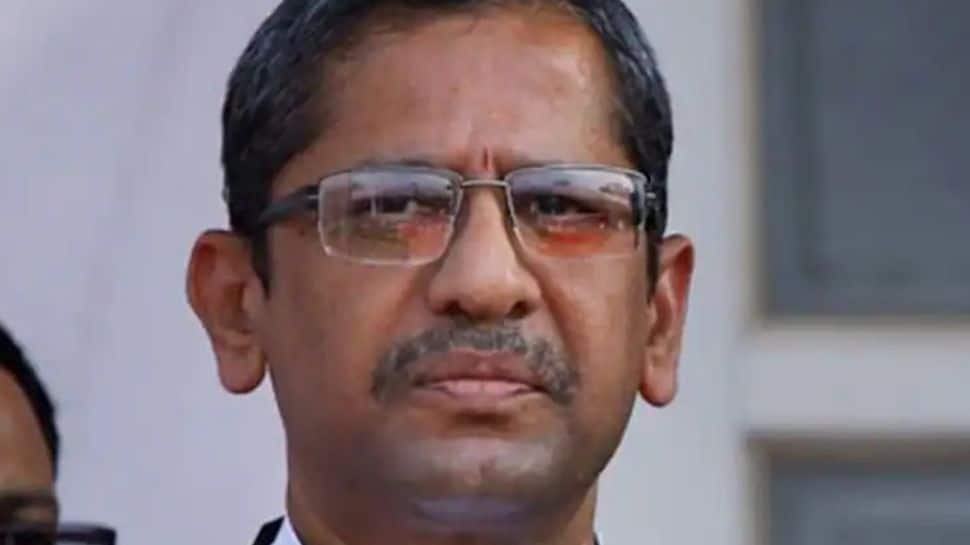 New Delhi: Asking bar associations to stand against right and wrong, Chief Justice NV Ramana on Friday (November 26) urged lawyers to protect the judiciary from “motivated and targeted attacks”. Speaking at the Constitution Day celebrations organized by the Supreme Court Bar Association (SCBA), CJI Ramana said the most important feature of the Indian Constitution is that it provides a framework for debate.

26 November is celebrated as Constitution Day because on this day in 1949 the Constituent Assembly of India formally adopted the Constitution, which later came into force on 26 January 1950. In his speech, the CJI said, “It was 72 years. Years ago from today, the text that has come to define us as a people and a nation was adopted. I would like to send my humble tributes to all those freedom fighters and the members of the Constituent Assembly.” I pay my respects to those who have enabled us all to stand here today. I am happy to be a part of the legal community, which has given so much to the freedom struggle and played such an important role in the drafting of the Constitution.”

He asked the lawyers on Constitution Day to take a pledge to propagate the ideas that form the basis of the Constitution – liberty, equality and justice – to all people in all its aspects. No one can forget the contribution of lawyers like Mahatma. The CJI said Gandhi, Dr BR Ambedkar, Jawaharlal Nehru, Lala Lajpat Rai, Sardar Patel and Alladi Krishnaswamy Iyer, whose dedication and sacrifice for the people are legendary.

CJI Raman said, “We are all here to inherit that glorious legacy. While celebrating this day and paying tribute to our freedom fighters and our Constitution makers, I feel it is also important for all of us to celebrate free citizenship. India. It is their actions in the last 12 decades- litigants, lawyers, judges, legislators, businessmen, activists and many more who have breathed life into what might otherwise be just another bare document.”

today’s constitution, Built on the foundation laid by the framers, it is a richer and more complex document than when it was adopted in 1949, the CJI said. novel and unique interpretations,” he said. Stating that the most important feature of the Indian Constitution is that it provides a framework for debate, he emphasized that it is only through such debate and discussion. The nation eventually progresses, develops and attains higher levels of welfare of the people.

“You are following in the footsteps of the great men and women who created the vision document of this nation and are also direct participants in redefining that vision. As people with intimate knowledge of the Constitution and laws, it is your responsibility as well It is to educate the remaining citizens about their role in the society. The history, present and future of this nation is on your shoulders. It is a heavy, if not the heaviest, burden,” CJI Raman said.

“This profession is called a noble profession for a reason. It demands expertise, experience and commitment like any other profession. But apart from the above, it requires integrity, knowledge of social issues, social responsibility and civic Qualities are also required. You should be the leader and mentor in the society. Play an active role in giving your hand to the needy,” the CJI said. The CJI concluded his speech with a quote from Dr. BR Ambedkar- “Men are mortal. So are thoughts. An idea needs propaganda, as much as a plant needs water. Otherwise, both will wither and will die.”