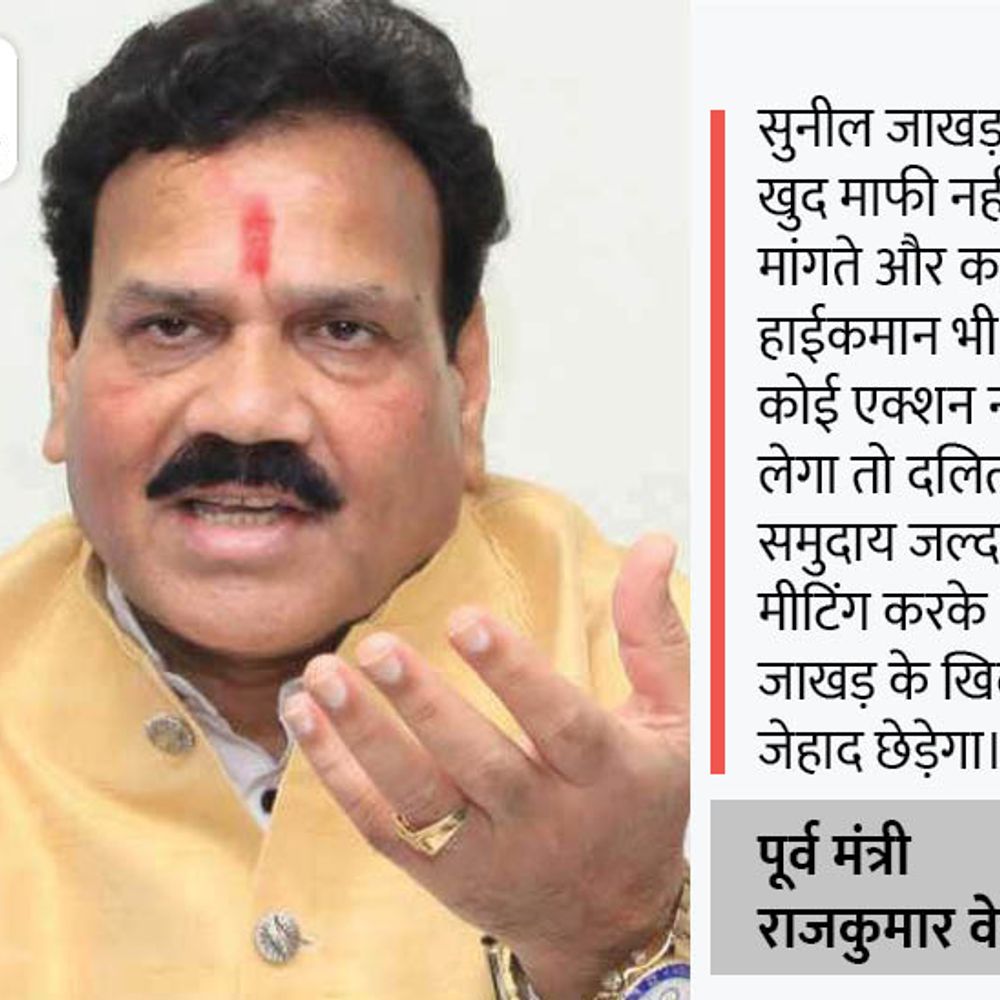 Conflict has started within the party after former Punjab Congress chief Sunil Jakhar’s statement on Dalits. Former minister and Dalit leader Rajkumar Verka in the Congress government has asked Jakhar to apologize to the community of Baba Ambedkar Sahib. The controversy is big, now Sunil Jakhar has given an explanation of his own words.

It is worth mentioning that Sunil Jakhar had said abusive words against Dalits in an interview and told them not to lift them from below and sit them on their heads. Since then, there has been a rift in the Congress. Former minister Rajkumar Verka’s anger has erupted over Jakhar’s statement. Former minister Verka has called this statement of his as a small mentality. Verka said that Jakhar’s humanity is dead. Jakhar himself could not become the CM, due to which he has lost his mental balance.

Dalit community will not tolerate Jakhar

my message was not for caste

Sunil Jakhar clarified his words saying that his message was not for any particular caste. This message was for those leaders who are putting pressure on the party high command. A few days ago, he had alerted the party high command about the leaders roaming in Delhi. They want to occupy the Congress party and these people should not be given excessive attention and should not be placed on the head. This hurts the status of the party. His message was for the party and he did not speak these words for any caste or religion.

Lawyers’ arrest was unfair after clean chit to Aryan, others in drugs-on-cruise case

Ladakh accident: PM Modi, President and others condol the death of 7 soldiers