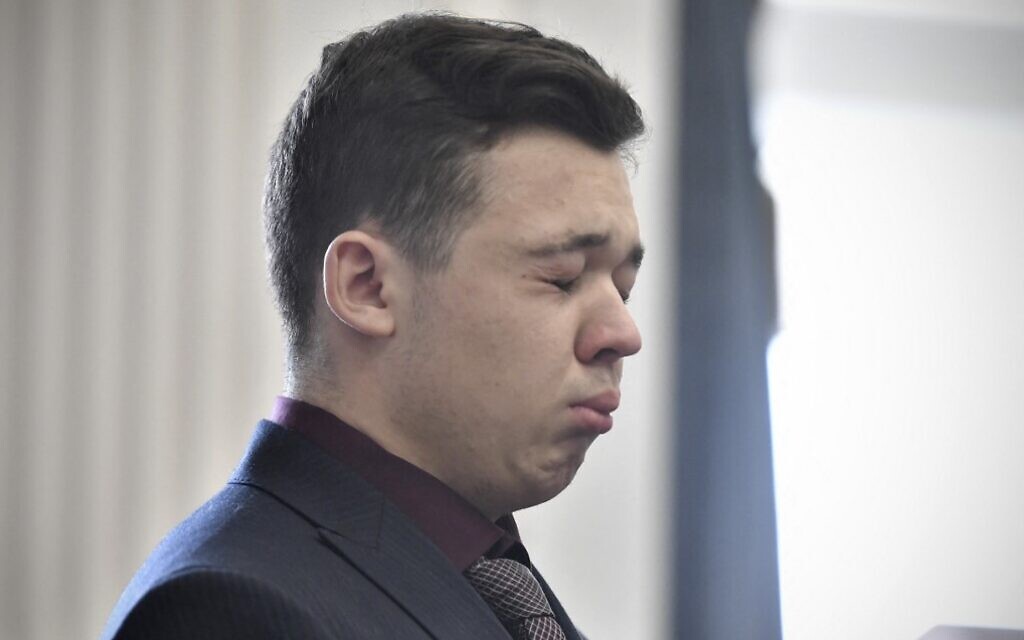 KENOSHA, Wisconsin (AFP) – Kyle Rittenhouse, the American teenager who shot and killed two people during protests and riots against police brutality in Wisconsin last year, was handed a high-profile and politically divisive trial on Friday. Was acquitted of the charges.

A jury found Rittenhouse, 18, not guilty of reckless and willful manslaughter and other charges that stemmed from the August 2020 shooting in Kenosha, Wisconsin.

Rittenhouse, who claimed he acted in self-defense, cried and was shaken as he delivered the verdict, fell in his chair and hugged his lawyer before leaving the courtroom.

US President Joe Biden warned against violence after the verdict during the hearing and appealed for peace.

“While the verdict in Kenosha will leave many Americans feeling angry and concerned, including me, we must acknowledge that the jury has spoken,” Biden said in a statement. “I urge everyone to express their views peacefully in line with the rule of law.”

After the verdict, there was applause and applause from Rittenhouse’s supporters outside the Kenosha Courthouse.

Many protestors marched, beating drums and chanting “guilty, guilty, the whole system is guilty as hell”. 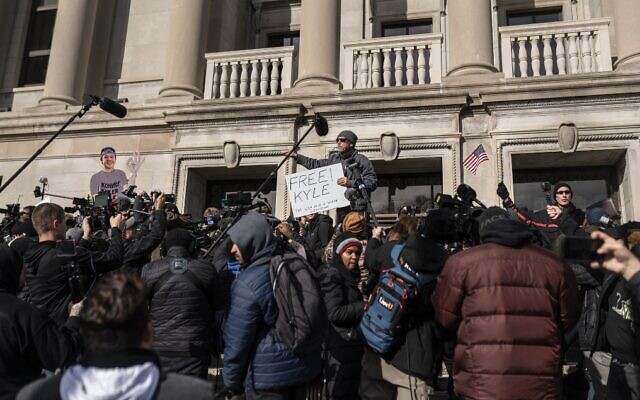 A supporter of Kyle Rittenhouse reacts as a not guilty verdict is read in front of the Kenosha County Courthouse on November 19, 2021 in Kenosha, Wisconsin. (Nathan Howard/Getty Images/AFP)

Rittenhouse testified during the two-week trial that he shot and killed two people and wounded one with his AR-15 semi-automatic rifle after the attack.

Prosecutors dismissed the self-defense claim, saying it was the then 17-year-old Rittenhouse who “instigated” the events during a night of unrest in Kenosha.

The most serious charge – intentional murder – carried a mandatory sentence of life in prison.

The jury deliberated for a total of 26 hours over four days before delivering a unanimous verdict of not guilty on all counts.

The case garnered national attention as it was sparked by Black Lives Matter demonstrations that swept the country last year and featured a controversial mix of guns, racial tensions and vigilantes.

In August 2020, civil unrest broke out in Kenosha, a city of 100,000 on the shores of Lake Michigan, when a white policeman shot a black man, Jacob Blake, in the back several times during an arrest, leaving him paralyzed. 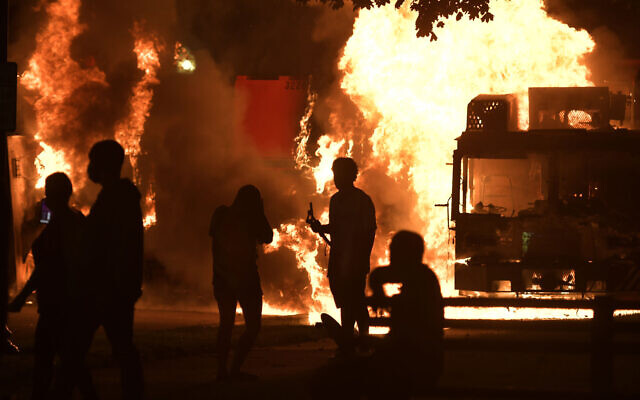 A garbage and dump truck is set ablaze by rioters near the Kenosha County Courthouse on August 23, 2020 in Kenosha, Wisconsin. (Sean Krajic/Kenosha News via AP)

In right-wing and pro-gun circles, Rittenhouse, who claimed he went to Kenosha to protect businesses from looters and act as a medic, was hailed as a heroic figure.

Prosecutors said Rittenhouse – who lived in the neighboring state of Illinois – had come to Kenosha as a self-appointed “junior policeman” and “made a series of reckless decisions.”

“that a juvenile may travel across state lines for a protest that has nothing to do with him; shoot three people kill two; And not facing any criminal consequences is a miscarriage of justice and an indictment of our criminal justice system,” Vats said. 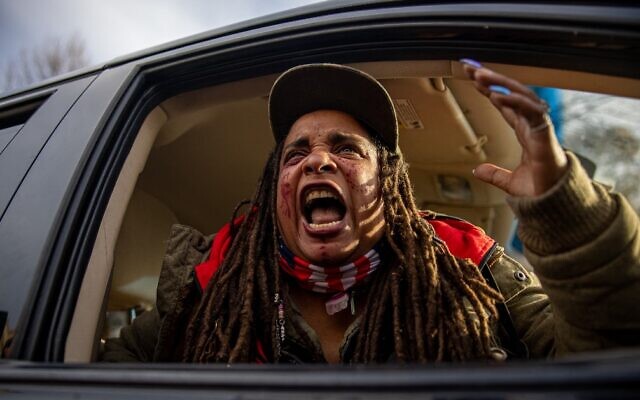 An angry woman reacts to Kyle Rittenhouse’s decision outside the courthouse on November 19, 2021 in Kenosha, Wisconsin. (Alex Kent/AFP)

New York Mayor Bill de Blasio, a Democrat, said the decision “sends a terrible message to this country.” “Calling it a miscarriage of justice is an understatement,” he said.

The NAACP, the African-American civil rights group, said the verdict was a “joke and failed to deliver justice on behalf of those who lost their lives.”

“Justice has been served,” said Senator Ron Johnson of Wisconsin. “I hope that everyone can accept the verdict, remain peaceful, and the community of Kenosha can heal and rebuild.”

Wisconsin Governor Tony Evers has put 500 members of the State National Guard on standby in case of a crisis.

In his statement, Biden said he had spoken to Evers and offered assistance if needed to ensure public safety. 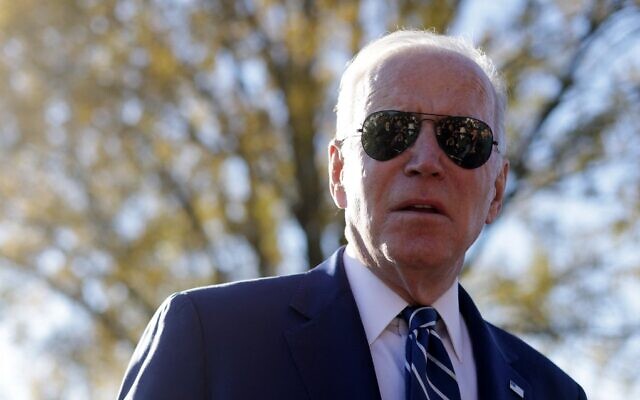 US President Joe Biden talks to members of the press at the White House on November 19, 2021 in Washington. (Alex Wong/Getty Images/AFP)

Brianna Nelson, 37, a member of an advocacy group working to de-escalate stressful situations, told AFP outside the courtroom that she was disappointed but not surprised by the decision.

“This is a time for unity in the community,” Nelson said. “It’s an educational moment for both sides. We don’t have to agree but we have to live together in peace.”

Speaking to reporters after the verdict, Rittenhouse’s attorney, Mark Richards, said he believed his client was remorseful.

“She’s in counseling for PTSD,” Richards said. “He doesn’t sleep at night.

“I personally don’t like people carrying an AR-15,” Richards said, but “he was legal in having that shotgun.”