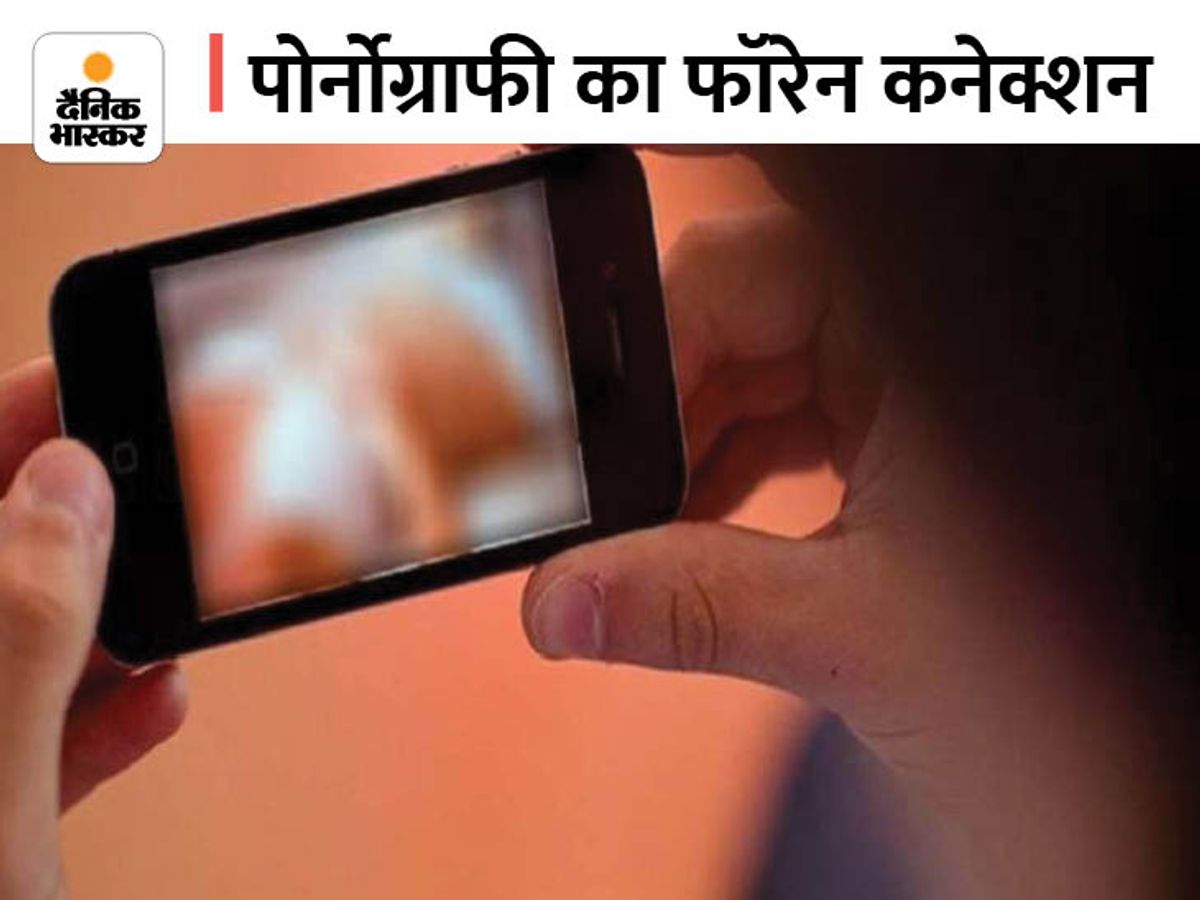 A CBI source said that many of the accused had come in contact with foreigners through the dark web, they used to post pornographic videos of children in the youth group.

The child pornography case that came to light after the CBI raid has shocked the entire country. When Bhaskar investigated the matter, many shocking things were revealed. The criminals involved in the pornography racket used to make children share links of pornographic videos on the Internet. In return, these children were given two to three dollars (about Rs 210) per video. So far, the name of a minor from Nagaur, Rajasthan has also appeared in this. Bhaskar was told by a CBI officer that when the team while doing cyber-tracking reached an accused in Nagaur, he turned out to be a 17-year-old boy.

It became part of a larger chain through social media and other applications. At present, the mobile of this accused has been confiscated. The sources and transactions of the money are being investigated. Another CBI source said that many minors were also involved in this gang. Many of these accused had come in contact with foreigners through the dark web. These youths used to put pornographic videos of children in the group.

Significantly, in the case of sharing pornographic videos of children, the CBI on Tuesday conducted raids in 45 districts of 14 states of the country. These include Rajasthan, Bihar, Punjab, Haryana and Madhya Pradesh. On Friday, an accused from Ajmer was called by the CBI to Delhi for questioning. The help of international agencies is also being taken in the case.

Understand from these four questions how this racket used to work

1. How were porn links shared?
According to CBI officials, the accused had created a WhatsApp group named ‘Only Child Sex Videos’. The accused used to put links of pornographic videos in it. Foreign accused used to upload these videos on website hosting platform. Their accounts were also linked to these platforms. in which the money was paid. There is still a lot to be revealed.
2. What action has the CBI taken?
The CBI on Tuesday conducted raids in 45 districts of 14 states of the country in connection with the making and sharing of pornographic videos of children. International links including India are also being explored in the case.
3. In which countries is this network spread?
These groups sharing child porn are involved in more than 9 countries. Among them are Pakistan (36), Canada (35), America (35), Bangladesh (31), Sri Lanka (30), Nigeria (28), Azerbaijan (27). Groups have been identified in Yemen (24) and Malaysia (22).
4. How did the operation start?
In July, the CBI in association with the Interpol Victim Identification Task Force had nabbed an accused from Goa. Investigation revealed that he had exploited more than two dozen children in Goa and Maharashtra. He used to record these on the mobile and sell the clips and pictures through the darkweb. It was from here that the CBI started the work of linking hard.