With the coalition facing multiple crises, Prime Minister Naftali Bennett and Foreign Minister Yair Lapid marked the one-year anniversary of its formation with an appeal to their political allies not to give up.

“This government has taken the country from paralysis to development, from weakness to resistance, from chaos to normalcy,” he said. This government must not be stopped, we must continue to fight for the sake of the Israeli people. What has our government done in one year [other] Governments haven’t in 10 years,” Bennett said at the start of the weekly cabinet meeting.

“I agree that this is not the government that most of us had envisioned in advance. But precisely because the alternative is constant conflict and chaos – we have found that there is power in working together. We have proved that people with different, sometimes conflicting, opinions are capable of working together for the country.”

“We are not leaving our country. We are not giving up on the possibility of cooperation between people of different opinion, who love this country equally. We don’t have the luxury of breaking up, because we don’t have any other country,” Bennett said.

Lapid urged his coalition partners to focus on the good work done by the government, noting that the consensus on all political matters was the preserve of a dictatorship.

“This government is worth fighting for, and we will fight for it. This is the right thing for the State of Israel and the citizens of Israel,” he said. “There is nothing easier than to destroy; Nothing is more difficult than building. , 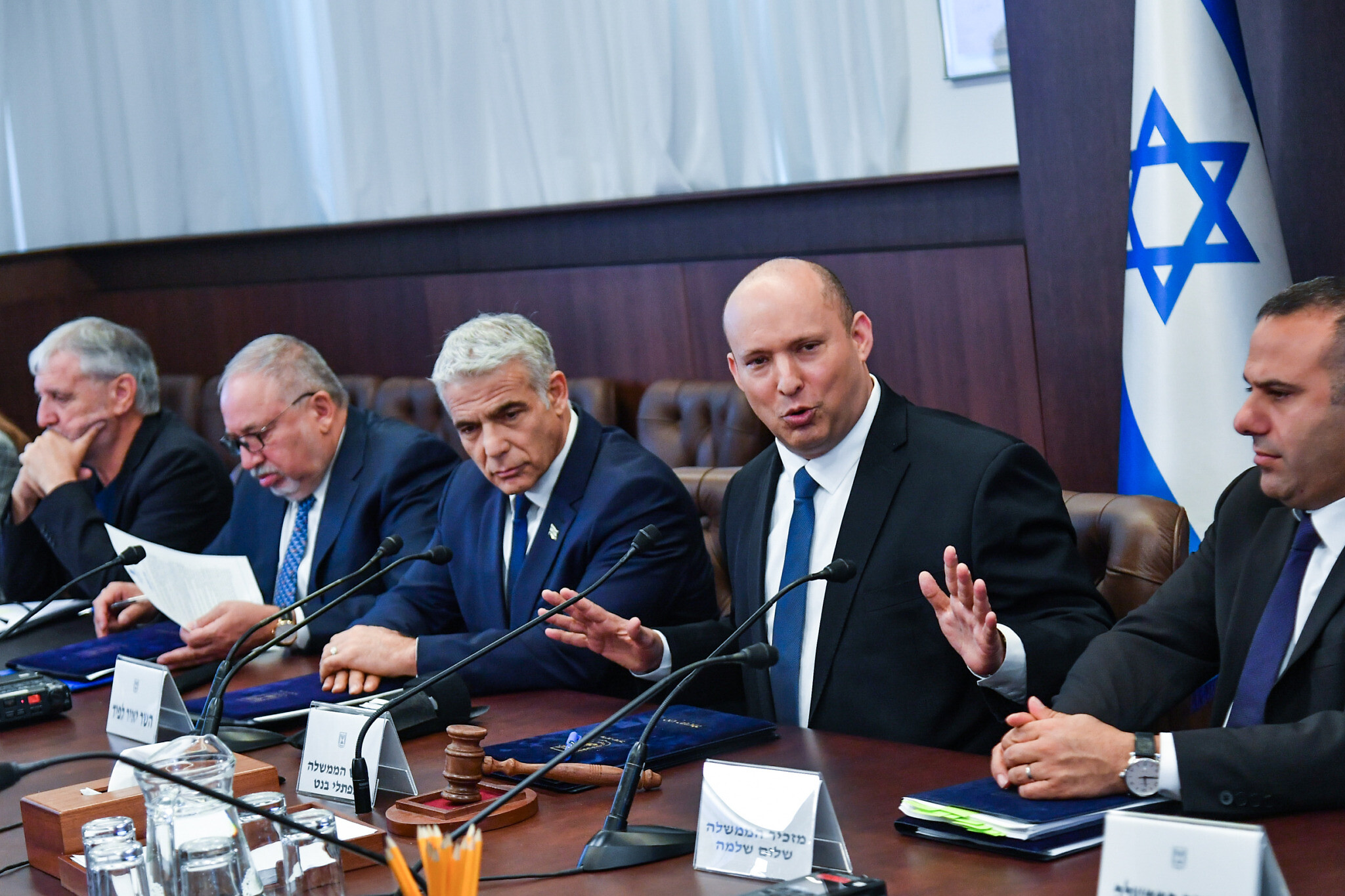 “This is a historic government. It has improved life in Israel in every possible parameter – security, economy, foreign relations and the rule of law. But above all, it brought back the idea of ​​a common good,” Lapid said.

“The common good does not mean that we agree on everything – only dictatorships agree on everything. The Common Good means that people who disagree, find a way to live and work together. We Don’t let hatred and provocation run in your life.”

Meanwhile, Justice Minister Gideon Saar announced to the cabinet that a controversial bill to continue Israel’s legal provisions for settlers living in the West Bank would move through the Ministerial Committee on Legislation, leaving the government potentially second. Trying will be the way to go. To pass emergency regulations.

Legislation fail In a dramatic vote in the Knesset last week after some members of the coalition refused to support it. 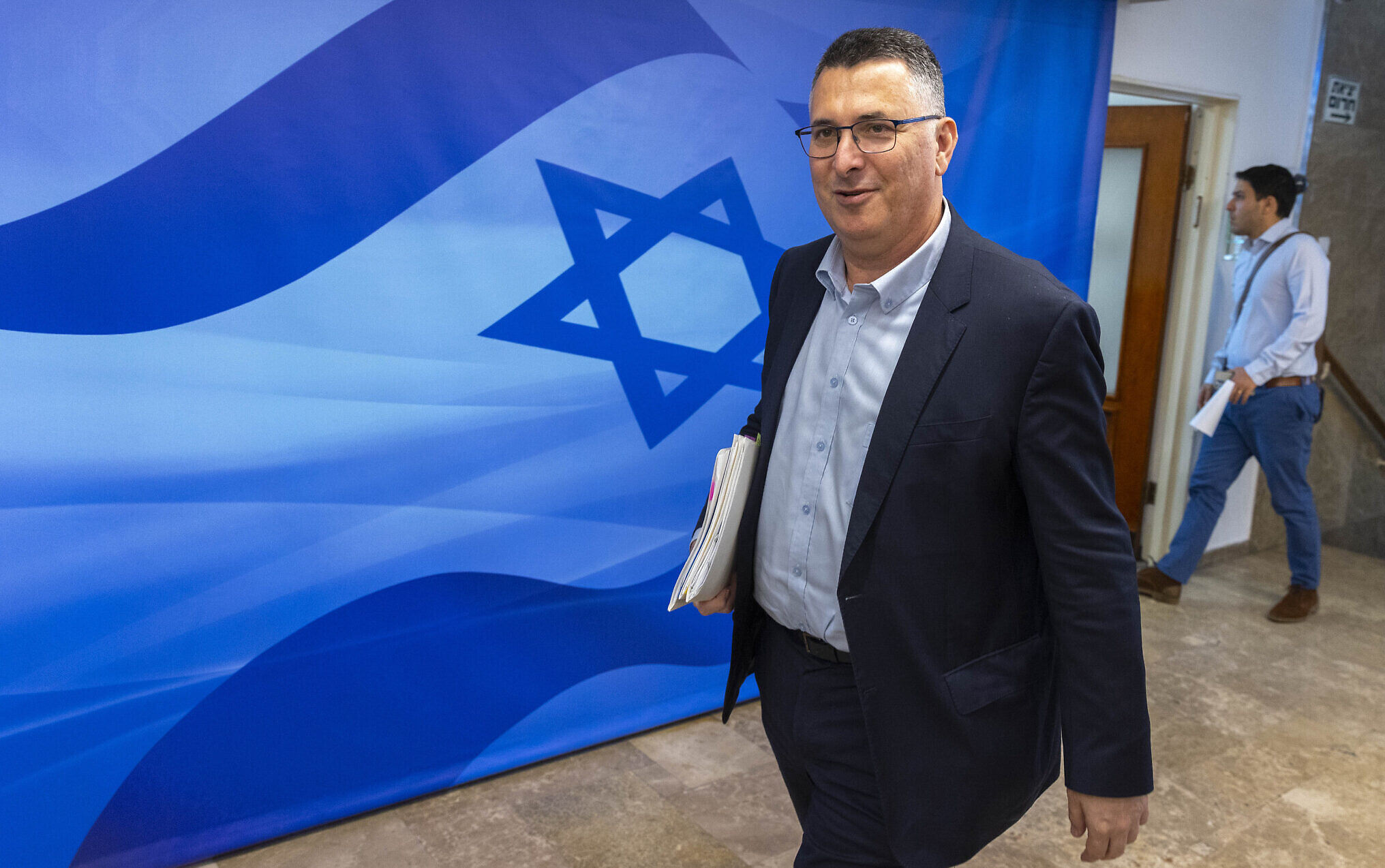 Justice Minister Gideon Saar arrives for the weekly cabinet meeting at the Prime Minister’s Office on May 22, 2022 in Jerusalem. (Olivier Fitoussi/Flash 90)

“It is necessary to pass legislation before the end of June to prevent legal anarchy that would harm the national interest as well as many Israeli citizens,” Saar said.

“At an appropriate time when it appears that the coalition member parties have completed the procedures that they need to carry out, we will also bring this to the Knesset,” he said.

With the opposition sitting on 60 seats each, the government still lacks a majority to pass the bill.

The cabinet meeting took place shortly after Bennett meets with Yamina MK Nir Orbach, who is threatening to leave the coalition unless it can be shown she has a viable way forward.

This was the second meeting between the two in as many days, and reportedly lasted less than an hour. No statement was issued by either party on its conclusion. 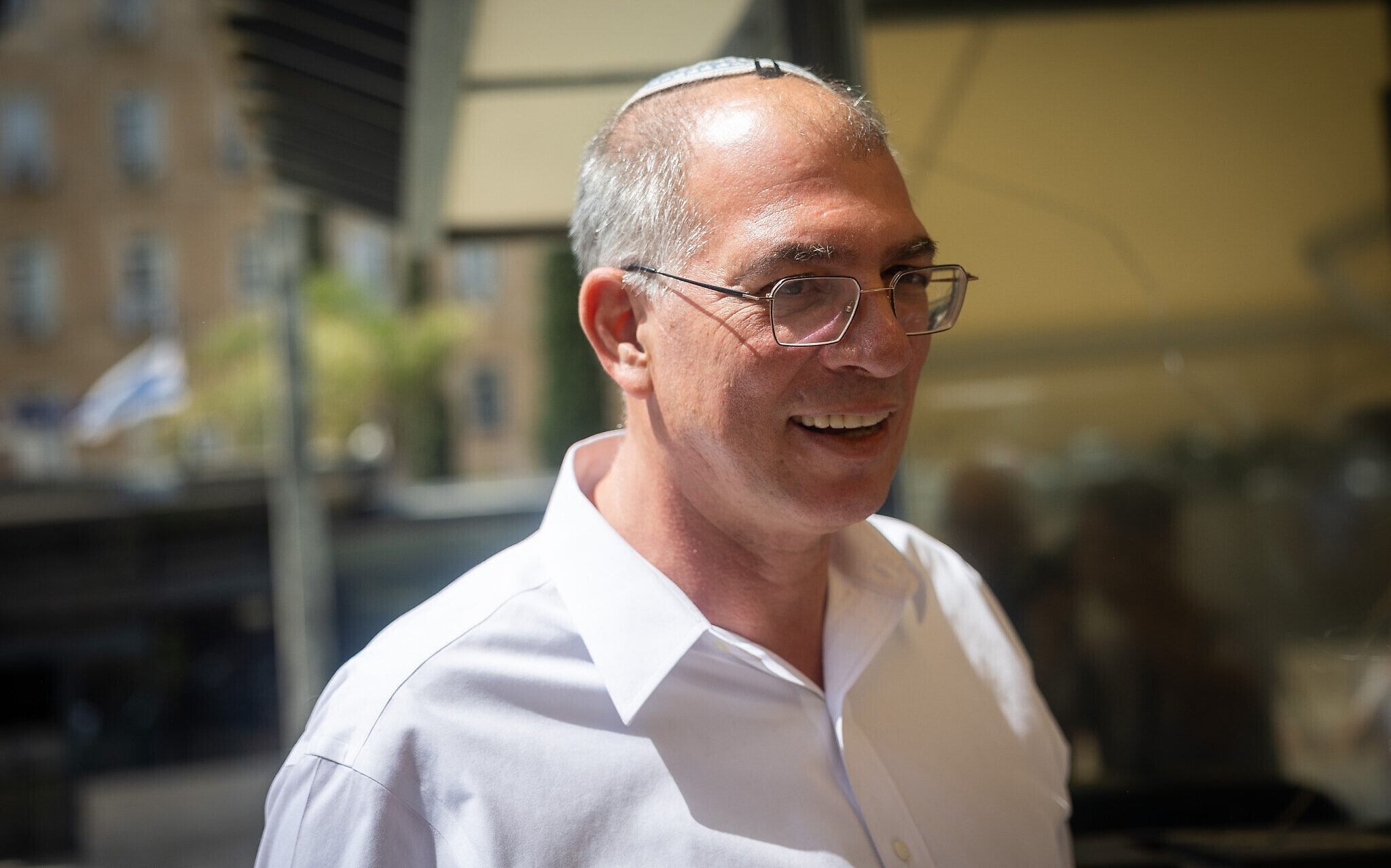 In the months following the defection of the rebel Yamina Mk Idit Silman, the right-wing MK has been judged as a flight risk, and has issued an ultimatum for its continued support of the government.

Before the meeting, it was reported that the premier planned to ask Orbach to be patient and give him some more time. Coalition sources told the Cannes public broadcaster on Sunday that the situation with Orbach was under control and he would not join Benjamin Netanyahu’s Likud.

Orbach has publicly denied persistent reports that he is in talks with Netanyahu to potentially join Likud and form an alternative government. Sources close to Yamina MK have told Hebrew-language media that they are exploring such a possibility. However, senior Likud members told Channel 12 on Saturday that they were disillusioned with Orbach’s stay and wanted him to leave the government immediately.

Meanwhile, Ram MK Mazen Ghanim is facing pressure to step down, with the next in line on the party’s slate – Ala al-Din Jabreen – announcing on Sunday that he was leaving the party and so would if the wayward legislator were So he will not take the place of Ghanaim. to resign. 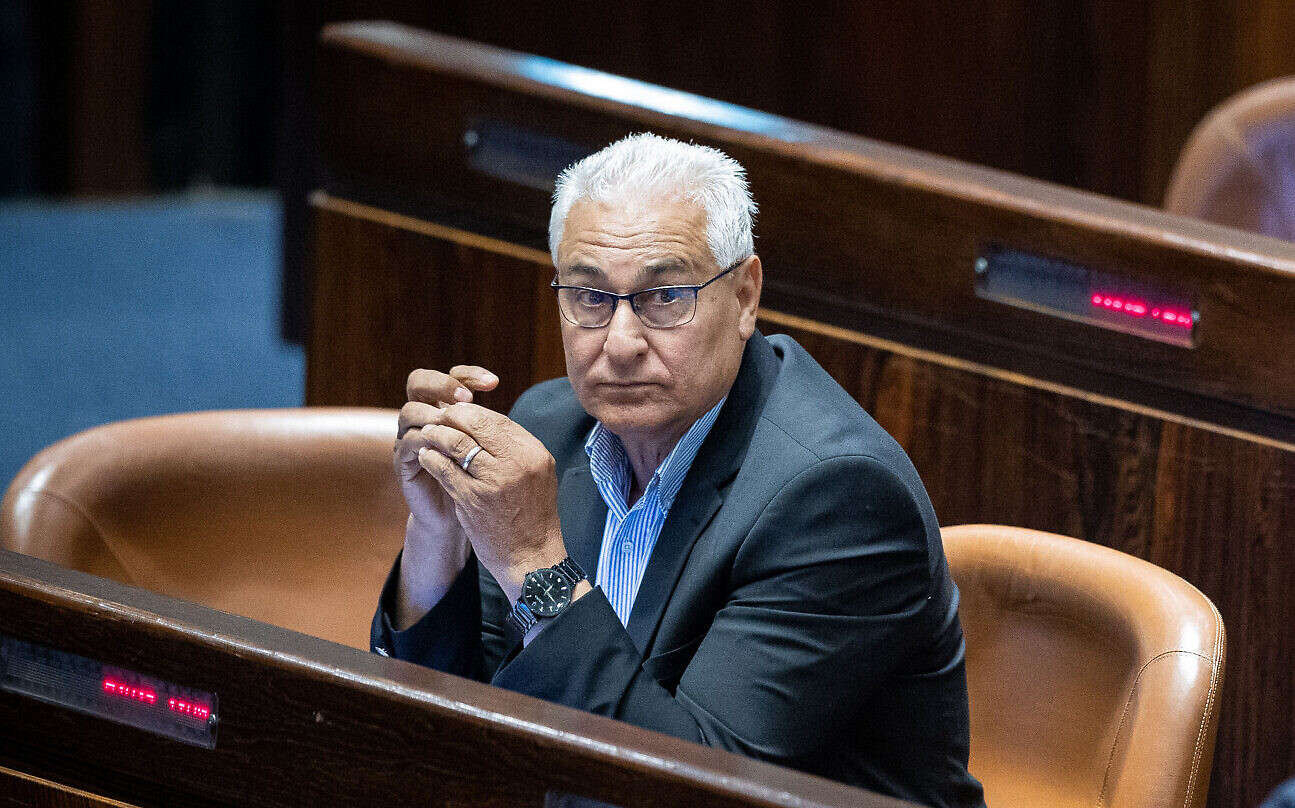 Ghanam and rebel Meretz MK Ghaida Rinawi Zobi are under pressure after voting with the opposition last week against the law to renew the application of Israeli law for settlers in the West Bank. Three other Knesset members of the Islamist Ram party did not participate, as did rebel Yamina MK Silman of Bennett’s party, and the bill failed to pass in a 58–52 vote.

Pressure is mounting on Rinavi Zobi, and Meretz announced on Sunday that the party’s leadership would hold an online discussion that evening to discuss the crisis.

Rinawi Zobi said on Saturday that he had completely “lost faith” in the coalition’s leaders and had no intention of saving the government. He left the coalition a few weeks ago, but has since continued to defy party lines. 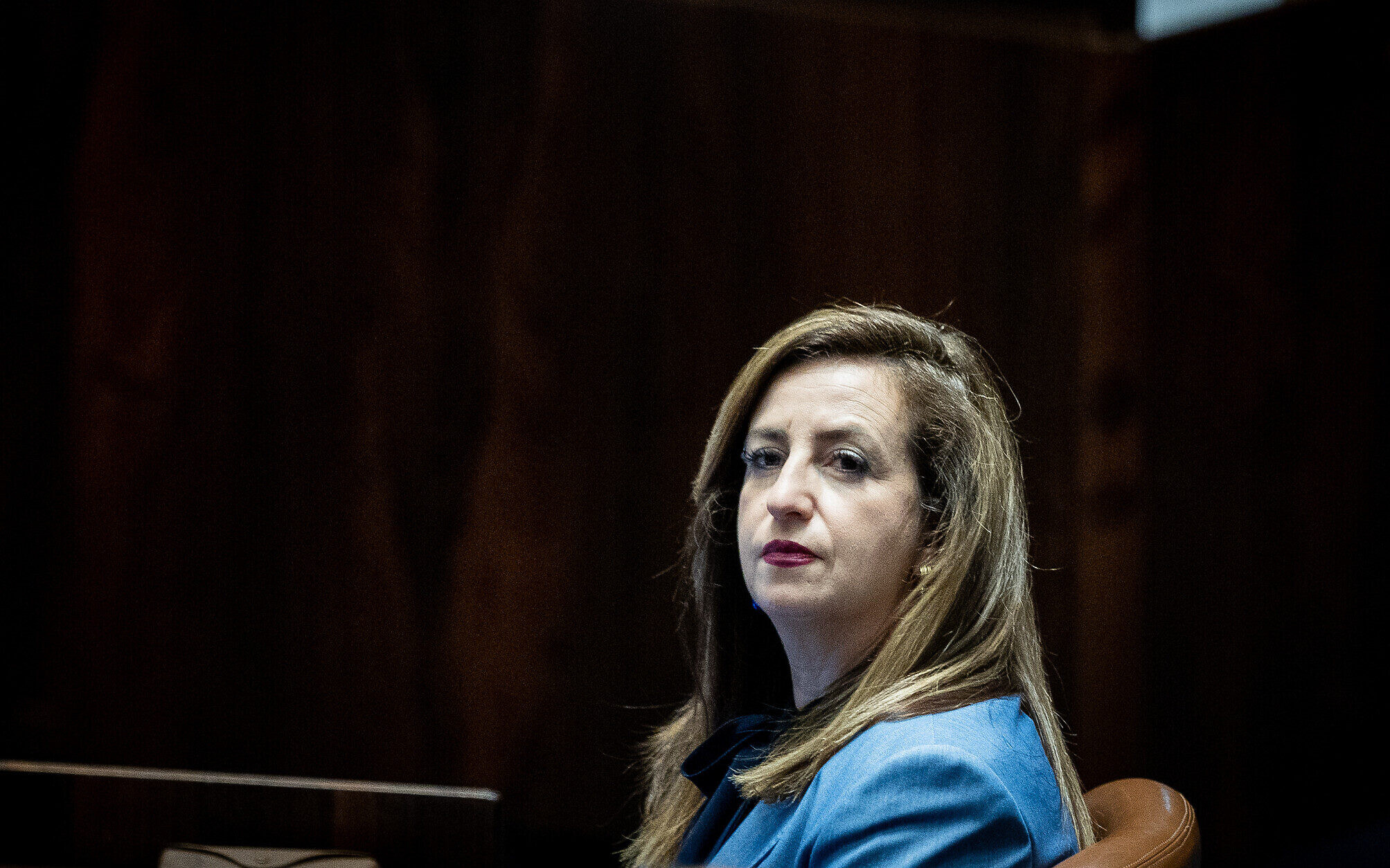 He said his only demand from Lapid, the architect of the coalition, was that he would not have to vote for laws that are difficult for Palestinians and their conscience. She accused other Coalition members of creating a series of laws that “broke the status quo” and accused Sa’ar of threatening “something will happen” to coalition members who opposed the West Bank civil law bill.

But she said she would vote against the law for a second time, even if it meant the government would fall and the Meretz party would not re-enter the Knesset in future elections, as the elections predicted.

However, the Cannes public broadcaster said that Rinavi Zobi had actually made a list of demands that the coalition must fulfill in order to secure his resignation.

Their alleged demands included a government plan focused on the development of Nazareth, the transfer of promised funds to a government hospital in the city, increased responsibilities for local Arab municipal authorities, and increased Arab representation in the public sector.

On Saturday night, many Meretz supporters protested outside Rinawi Zoabi’s home in the northern city of Nof Haglil, calling for the Knesset to leave.

In a statement, protesters said Rinawi Zobi’s conduct could bring down the coalition “and lead to a government of darkness”. [Itamar] I’m guir [Bezalel] smotrich and [Benjamin] Netanyahu,” referring to a pair of far-right opposition MKs and former prime ministers.

Before the first T20 match, Rohit Sharma said, ‘England will be a very challenging team’