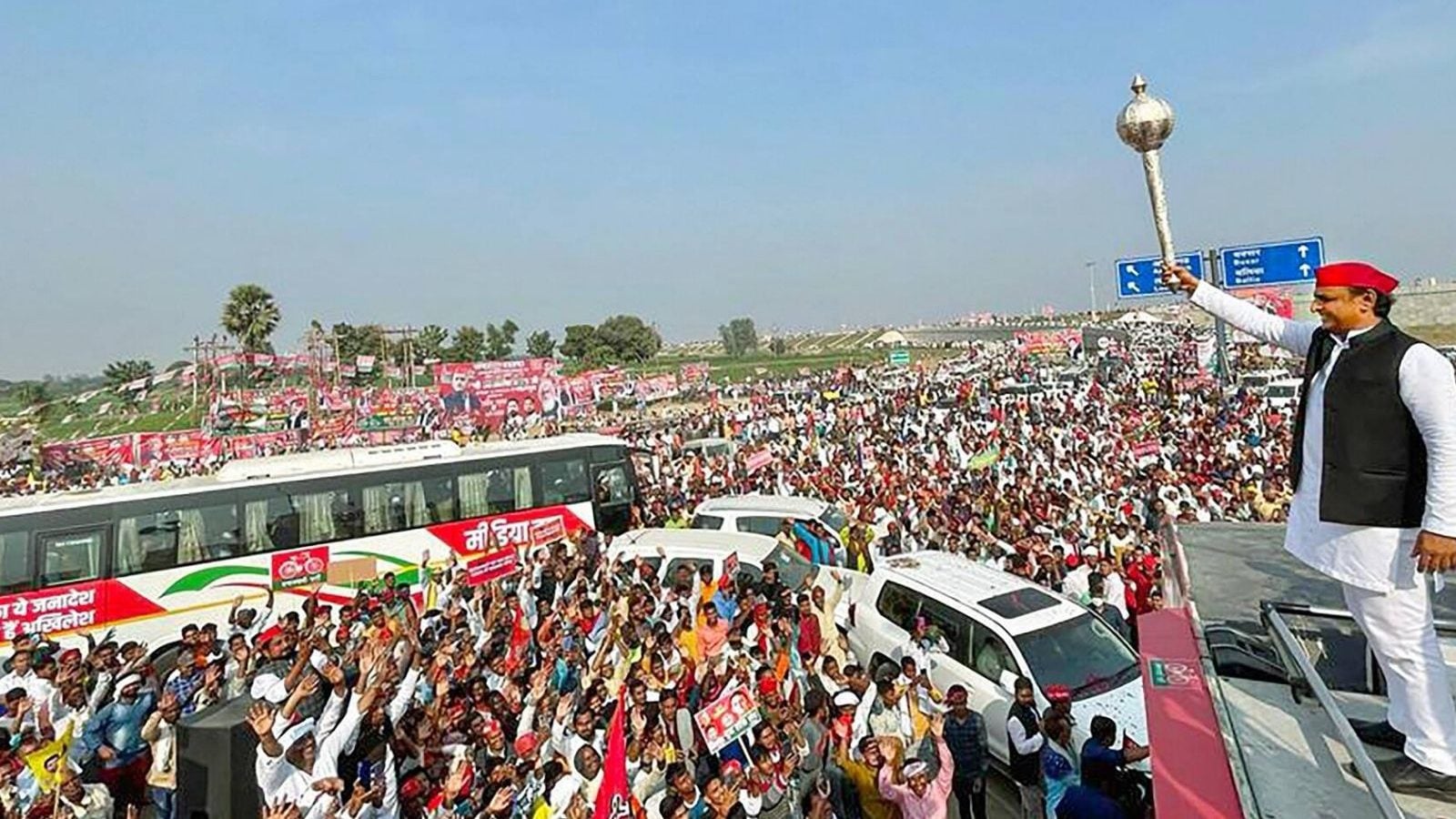 A huge crowd gathered at Zero Point of Purvanchal Expressway in Ghazipur on Wednesday to welcome the SP chief’s Rath Yatra, which was earlier scheduled for November 16 but was rescheduled to Wednesday due to conflict with PM Modi’s schedule fell.

Before embarking on the fourth phase of his ambitious state-wide Rath Yatra, Akhilesh Yadav while addressing a press conference along with Rajbhar said, “The expressway was not built as per the initial plan, there was to be a mandi near this expressway. Safety has also been taken care of on this expressway by this government and even the ride quality has been reduced. SP workers inaugurated the Samajwadi Purvanchal Expressway by showering flowers in front of anyone. BJP is trying to copy what we did five years ago.

Attacking the BJP government on issues related to farmers, Akhilesh said, “The government is not able to give fertilizers to the farmers. Bulls and bulldozers dominate the state. I am sure you will stop the menace of all bulls and bulldozers too. Youth, farmers and everyone now wants change. We’re going on the expressway today and you know who’s going to have a sleepless night tonight.”

The Rath Yatra is considered a lucky charm by the Samajwadi Party because whenever Akhilesh has gone on a tour, the SP has formed the government in the state.

On the other side of the bus is a picture of the SP chief with the slogan ‘Kisan, Garib, Mahila, Yuva, Karobari, Sab ki Ek Awaaz Hai, Hum Samajwadi’. , all say in one voice, we are socialists). However, now the pictures on the SP chief’s ‘Vijay Rath’ have been updated with photographs of the works done during the SP regime including the Agra-Lucknow Expressway, laptop distribution 102-108 ambulance services etc.