The flood situation in Assam claimed 11 more lives on Monday as the number of affected people rose to 47 lakh. According to the bulletin issued by the Assam State Disaster Management Authority (ASDMA), the death toll in the floods and landslides in Assam this year has risen to 82.

“Hon’ble HM Shri @AmitShah ji called twice since morning to inquire about the flood situation in Assam. He informed that a team of officials will soon be sent by the Ministry of Home Affairs to assess the damage caused by the natural calamity. Grateful to HM for his help,” Sarma tweeted. CMO sources said Shah’s first call was to inquire about the flood situation and the second was to inform the chief minister that the damage assessment would be done soon. Only a central team will be sent to the state.

Leader of Opposition in Assam Legislative Assembly Devvrat Saikia demanded from the Prime Minister a central package of at least Rs 20,000 crore for relief and rehabilitation work in areas which have been damaged due to floods in the last three to four years. He urged the Center to declare the problem of floods and erosion in the state as a national calamity. 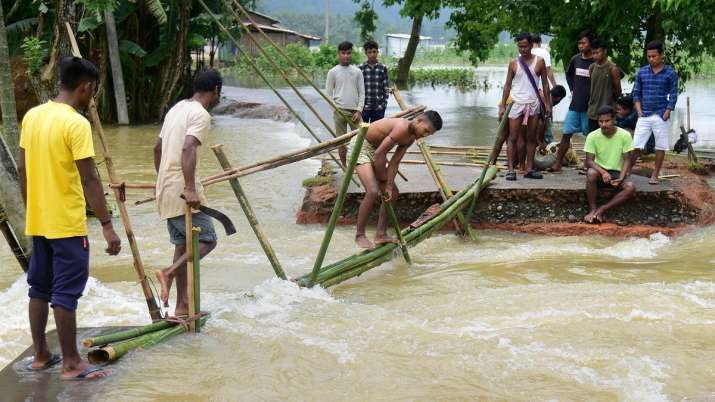 Meanwhile, Sarma held a virtual meeting with state ministers, senior officials and deputy commissioners in districts to review the flood situation. He directed them to give top priority to rescue and relief operations. Sarma asked the Deputy Commissioners to take the help of the Indian Air Force (IAF) in transporting relief material to the areas where NDRF or SDRF boats have not reached so far. He said that the Indian Air Force has assured the state government of unloading petroleum and diesel in the severely affected areas.

Sarma also asked the Deputy Commissioners to keep the stable teams of the health department ready and on standby to ensure daily doctor visits to the relief camps and to take the patients in critical condition to the hospital. He said that night shifts should be increased in all district hospitals and special care should be taken for senior citizens, women and children. The Chief Minister said that relief and rescue operations in Barak Valley would be expedited by involving additional teams of NDRF from neighboring Manipur and Tripura. 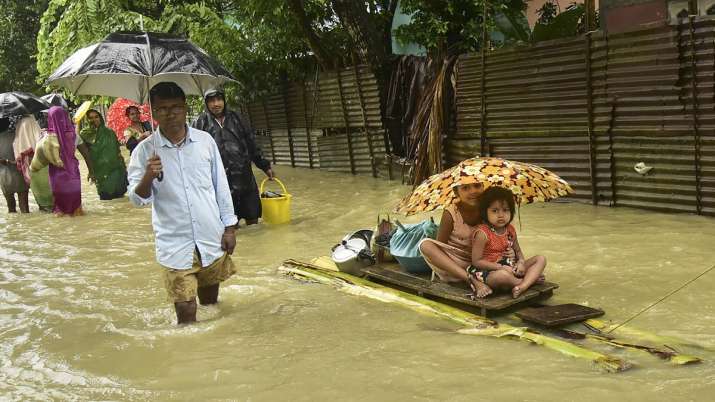 Sarma said he was in touch with his Meghalaya counterpart to restore traffic on the Jowai-Badarpur road which was badly damaged due to floods and landslides. Meanwhile, the North East Frontier Railway (NFR) has said that relief trains including petroleum and diesel and medical aid will be sent to the affected areas. This has led to many trains cancelled, short terminated or diverted due to flooding in the Chaparmukh-Kampur, Chaparmukh-Senchoa sections of Lumding and Harisinga-Tangala section of Rangiya division. 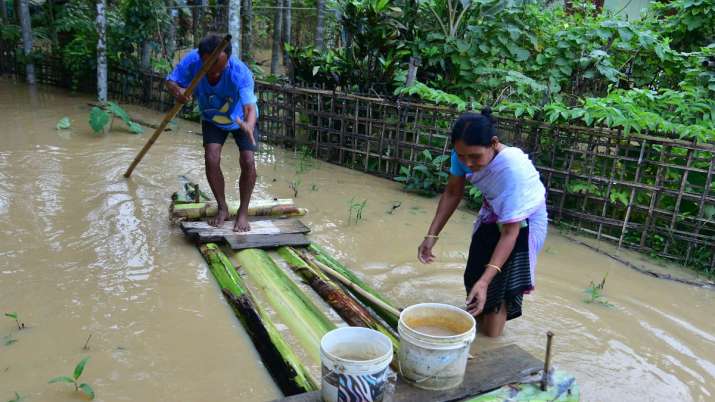 The devastating floods caused by incessant rains have affected 5,424 villages, from where 2,31,819 people have taken shelter in 810 relief camps. Relief material is also being distributed from 615 centers to those who have not taken shelter in such camps. Kopili, Brahmaputra, Puthimari, Pagaladiya, Beki Barak and Kushiyara rivers are flowing above the danger mark. Urban flooding was reported in Barpeta, Cachar, Darrang, Goalpara, Kamrup (metropolitan), Karimganj districts and landslides occurred in Kamrup and Karimganj districts during the day. A total of 1,13,485.37 hectares of crop area has been affected, while 5,232 animals have been washed away. Two embankments were broken during the day, 349 roads and 16 bridges were damaged.

Twitter Not Safer Under Elon Musk, Says Former Head of Trust and Safety

Sri Lanka vs Afghanistan 3rd ODI Live Streaming: When and Where to Watch Live Coverage on Live TV Online