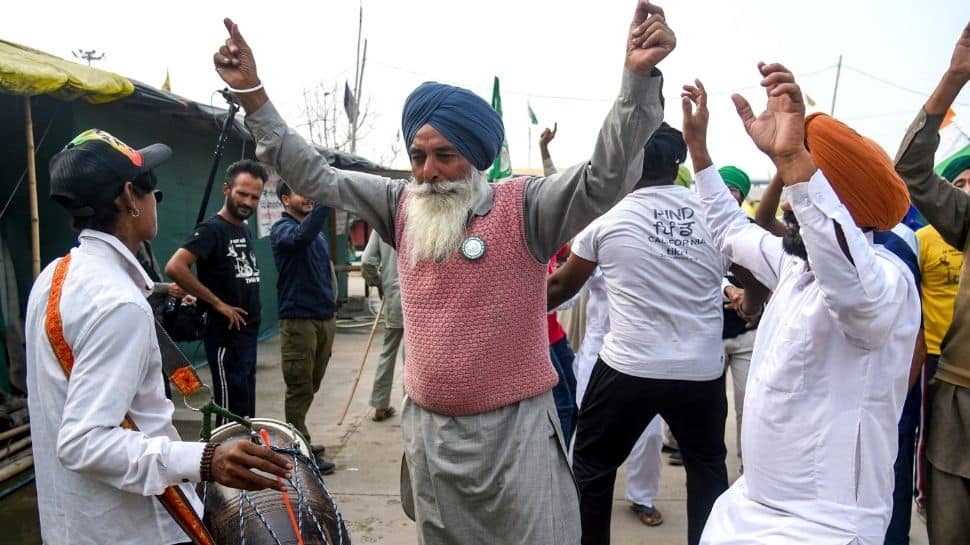 New Delhi: To celebrate the Centre’s decision to repeal all three central agricultural laws, the Congress today (Saturday, November 20) organized ‘Vijay Rally’ across the country along with celebrating ‘Kisan Vijay Diwas’. has decided. This is being seen as several attempts by the party to change its political strategy on the issue of farmers’ protest.

In an official statement, the party welcomed the BJP-led central government’s decision, saying it was a “victory for farmers”. Fight against the erroneous decisions of the tyrannical government and by the Indian National Congress, November 20, 2021 will be celebrated as ‘Kisan Vijay Diwas’,” read the statement.

After rolling back the prices of petrol and diesel across the country, repeal of agricultural laws is the second major decision taken by the central government after massive protests by the general public.

The celebration of the repeal of all three agricultural laws by the central government is an effort to reach out to the people and ‘Kisan Vijay Rally’ will be organized. The state unit presidents of Congress have instructed all party workers from district to block level to celebrate Kisan Vijay Diwas.

State Congress committees, district committees and block committees will hold press conferences to commemorate the victory of the farmers’ struggle and the repeal of laws. Kisan Vijay Rallies/Kisan Vijay Sabhas will be organized on behalf of the farmers at the state and district headquarters.

Earlier, from November 14, the Congress had decided to run a public awareness campaign against the policies of the Modi government across the country. Congress started this campaign on various issues like increase in petrol and diesel prices, unemployment, inflation etc.

The Congress had decided to hold foot marches and processions by party leaders and workers on the lines of the ‘Dandi March’ organized by Mahatma Gandhi against the British. The Congress is now preparing to force the central government to withdraw all three agricultural laws in Parliament. For this, Congress leaders will reach out to the people demanding assurance from the central government on the minimum support price (MSP), loan waiver, removal of GST from the agriculture sector and other important issues.

After withdrawing the three agricultural laws, Congress President Sonia Gandhi said, “After 12 months of peaceful protest, today the struggle and will power of 62 crore Annadata, farmers and farm laborers of the country has finally won.” The sacrifices of more than 700 farmer families who laid down their lives in this struggle for truth, justice and non-violence were paid for. I hope farmers will focus on implementation of welfare policies, ensure crop production at MSP. The rates and all state governments, farmers’ organizations and opposition parties will be taken into account before taking any such step by the central government in future.”

The farmers had been protesting at various sites since November 26 last year against three enacted agricultural laws: the Farmers Produce Trade and Commerce (Promotion and Facilitation) Act, 2020; Farmers Empowerment and Protection Agreement on Price Assurance and Agricultural Services Act 2020 and Essential Commodities (Amendment) Act, 2020. Farmer leaders and the Center had held several rounds of talks in the past, but the standoff remained until it was finalized tomorrow (November). 19) To repeal agricultural laws with constitutional measures, which PM Modi said will begin in the winter session of Parliament which is likely to begin from November 29.