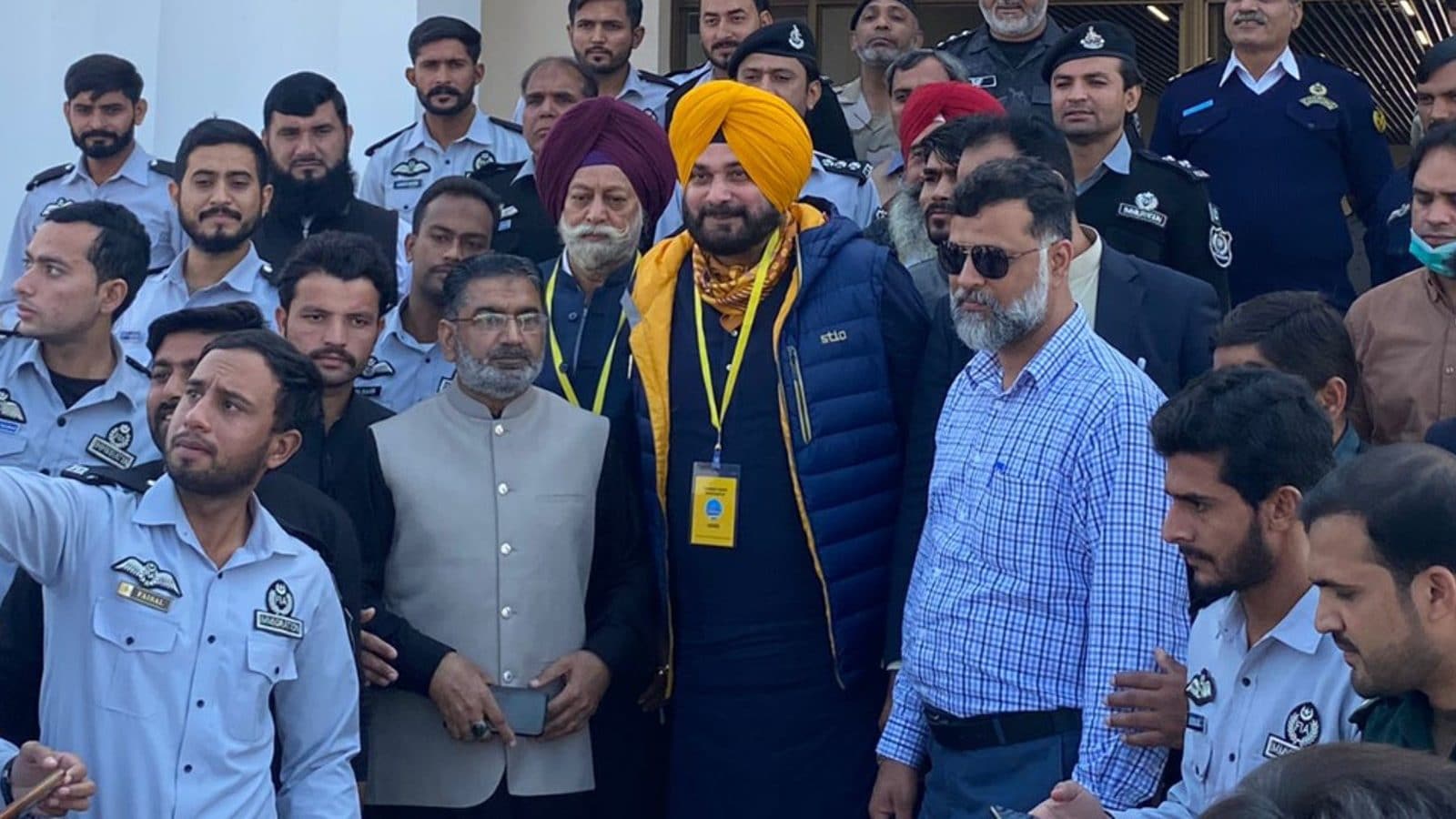 after the pilgrimageGurdwara Kartarpur Sahib On Saturday, Congress leader Navjot Singh Sidhu addressed the Prime Minister of Pakistan, his friend from his cricketing days, as his “elder brother”. Sidhu, who has been repeatedly credited by PM Khan for the idea of ​​the corridor, reached Kartarpur Sahib three days later. The corridor was reopened on Thursday.

Sidhu’s speech in Pakistan sparked outrage from the Bharatiya Janata Party as the later cricketer-turned-politician referred to the Pakistan PM as his “big brother (elder brother in Hindi)”.

BJP spokesperson Amit Malviya said on Twitter, “Rahul Gandhi’s favorite Navjot Singh Sidhu calls Pakistan PM Imran Khan his elder brother. The last time he had hugged the Chief of the Pakistan Army, General Bajwa, he praised him fiercely. Is it any surprise that the Gandhi siblings chose the Pakistan-loving Sidhu over the veteran Amarinder Singh?

He went to Pakistan, praised PM Imran Khan and called him ‘big brother’. This is a matter of serious concern India and his people. The border state leadership should show some seriousness and think before speaking. Earlier, Sidhu had also hugged the Pakistan Army Chief. This is the pattern of Congress.”

Sidhu was left out of the ‘jatha’ led by Punjab Chief Minister Charanjit Channi, who visited the gurdwara on the day of its reopening on November 18. On Thursday, he had shared a video recounting his visits to Pakistan, including the shrine, which he uploaded. The one-hour scene, which includes several clippings of his trips to various places in the neighboring country. He named it ‘The Kartarpur Story’.

In a tweet, Sidhu had said that the teachings of Guru Nanak are the centrifugal force of Sikhism. On Friday, on the occasion of the birth anniversary of Guru Nanak Dev, Sidhu reached Sultanpur Lodhi in Kapurthala.

After the reopening of the Kartarpur Sahib Corridor after a hiatus of 20 months due to COVID-19, Pakistan’s PM Imran Khan government praised Sidhu’s role in opening up the Sikh pilgrimage route between the two countries. Sidhu was mentioned on the website kartarpurcorridor.com which said that the idea of ​​the corridor was shared by Khan with Sidhu.

On Thursday, Channi and some of his cabinet ministers offered prayers as they traveled through the visa-free Kartarpur corridor at Gurdwara Darbar Sahib in Pakistan. “I am very happy to be here. I have received immense love from Punjabis, Pakistanis and Shiromani Gurdwara Prabandhak Committee and I am deeply indebted for it.”

Several pilgrims traveled through the Kartarpur corridor on Wednesday and others planned to offer prayers at the historic Sikh temple in Pakistan.

The Kartarpur Corridor connects Gurdwara Darbar Sahib in Pakistan, the final resting place of Sikhism founder Guru Nanak Dev, with the Dera Baba Nanak Temple in Gurdaspur district. Guru Parv, which is celebrated as the birth anniversary of Guru Nanak, will be celebrated on November 19.

Meanwhile, in another development, Delhi Chief Minister and Aam Aadmi Party chief Arvind Kejriwal has postponed his visit to Punjab till November 22. Kejriwal was to visit Moga in Punjab on Saturday.

“The ‘Mission Punjab’ tour of AAP national convener and Delhi Chief Minister Arvind Kejriwal, which was scheduled to begin from Moga, has been postponed to November 22,” a party release said.

AAP will organize ‘Shri Sukhmani Sahib Path’ on November 20 at all district headquarters in the state in view of the Center’s announcement of repeal of agricultural laws.