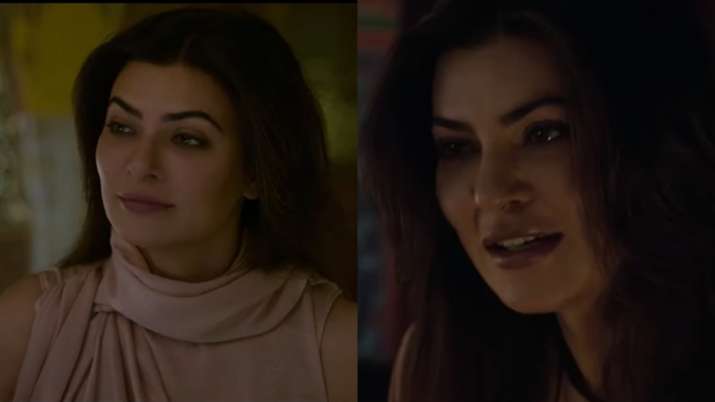 The second season of “Aarya” starring sushmita senDisney+ will start streaming on Hotstar from December 10. Created by Ram Madhvani, the international Emmy-nominated show is the official adaptation of the hit Dutch series “Penoza”. The first season of the series revolves around a happily married woman named Arya, played by Sen, whose world is turned upside down when her husband, pharma baron Tej Sarin (Chandrachur Singh), is shot and killed. Tej’s possible involvement puts his family in danger. An illegal drug racket. The upcoming season will follow the journey of Aarya, a mother coping with the dark world of crime and enemies engulfing her family and children, a press release issued by the streamer read.

“Will his family continue to be his strength or will his own trusted people turn against him?” It is a question that the new installment will explore.

The makers on Thursday unveiled the trailer of ‘Aarya’ season two and also announced the release date of the show.

Sharing the intriguing trailer of the web series, the actress wrote on Instagram, “#officialtrailer Thank you for your patience!!! So happy to have Arya back to you! This season, her weakness is her biggest strength. Sherni Aarahi Hai #AaryaIsBack #HotstarSpecials #AaryaSeason2 All episodes streaming from 10th December only on @disneyplushotstar.”

Madhvani, who is receiving praise for his latest film “Dhamaka”, said he is grateful to have collaborated with Disney+ Hotstar and Endemol Shine to re-imagine the journey of “Aarya” in season two. The director added that Arya will be presented in a new light in the second season.

“Arya, as a character, embodies strength and vulnerability. He has to face his past so that he can save his family to protect his future. Madhvani said in a statement, “In the first season, we saw her taking a moral stand on the events around her life, this time we see her emerge with survival instincts.

Sen, who reprises the titular role, said that the new chapter of the show will be a fascinating revelation of his character and he hopes the audience will warm up to him again.

“After being nominated for the International Emmy Awards last season, we are supercharged for a second season. Season 2 is not just about Arya, a strong woman, but a warrior as well.

“The new chapter is a fascinating revelation of the character and has proved to be a big lesson for me as an actor. I challenged myself by taking on Arya in a new avatar and I hope the audience appreciates her fiery, irreverent self in the second season,” she said.

“Aarya” was nominated in the Best Drama category at the 2021 International Emmy Awards, where it was bestowed by the Israeli thriller series “Tehran”.