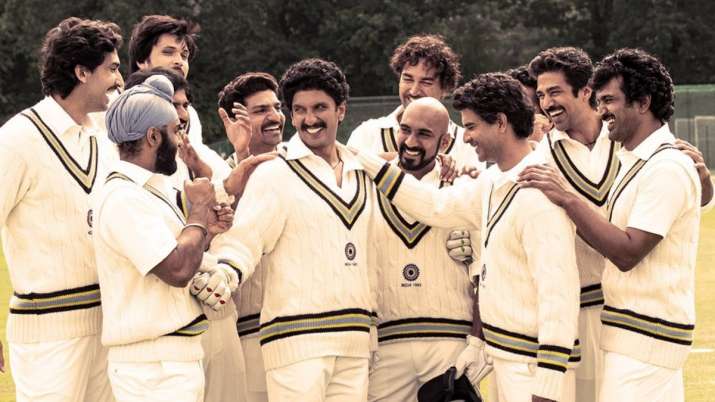 The wait is over! teaser of Ranveer singh And Deepika PadukoneThe much-awaited film ’83’ released on Friday morning. Directed by Kabir Khan, the film revolves around India’s historic 1983 Cricket World Cup victory. In this, Ranveer plays the role of the legendary cricketer Kapil Dev, who captained the team in the tournament. The film which was originally scheduled to release theatrically on April 10, 2020, will now hit the big screens on December 24, 2021, on Christmas Eve. The teaser begins with a greyscale view of the historic day at the cricket stadium, with a match taking a major turn.

The makers of the film will launch the official trailer of ’83’ on November 30. Taking to his social media, Ranveer Singh released the teaser video and wrote, “Sabse Badge Kahani. Badge Mahima. 83 is releasing in theaters on 24th December.” , 2021, in Hindi, Tamil, Telugu, Kannada and Malayalam. Teaser out now. Trailer out on 30th November. #ThisIs83.”

The big-budget, multi-starrer film was one of the first projects – from the original April 2020 release – to be pushed due to the coronavirus pandemic. Directed by Kabir Khan, the film also stars Deepika Padukone, Saqib Saleem, Hardy Sandhu, Tahir Raj Bhasin, Jeeva, Amy Virk, Pankaj Tripathi and Jatin Sarna.

Former India captain Kapil Dev was initially not in favor of making the film 83 and said that he was horrified when he learned that Deepika Padukone and Ranveer Singh would bring his life story to life on the big screen.