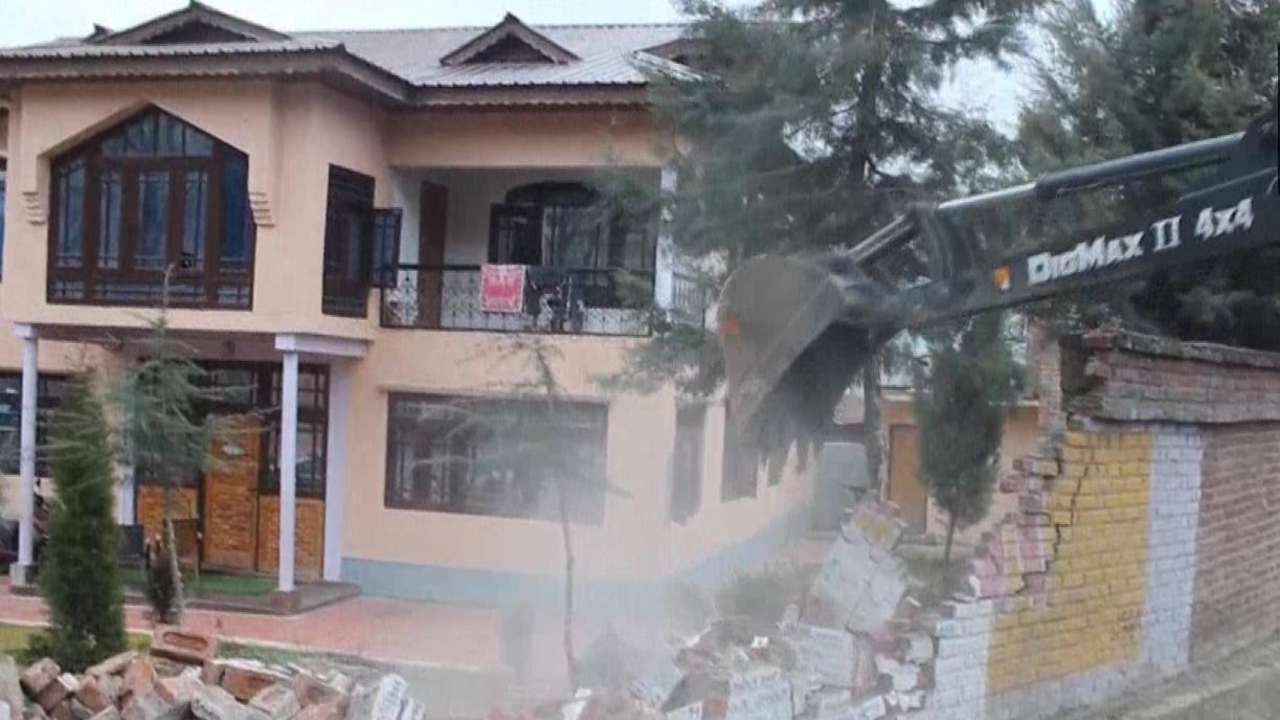 According to sources, Ghulam Nabi Khan alias Aamir Khan is the top operational commander of Hizbul Mujahideen. He had fled by crossing into Pakistan Occupied Kashmir (PoK) in the early 90s. According to news agency ANI, the Jammu and Kashmir administration demolished the building of Hizbul Mujahideen terrorist commander Aamir Khan in Pahalgam, Anantnag.

Demolished the construction on government land

The joint operation team of the Jammu and Kashmir administration carried out the operation in Lewar village of Anantnag district in the presence of a magistrate. A bulldozer demolished the compound wall of Hizb commander Amir Khan’s property, which was built on encroached government land.

Officials said that this step has been taken to make the Kashmir Valley free from terrorism and to instill confidence in the people in the government.

The Jammu and Kashmir Police tweeted, “The Srinagar UAPA court convicted Amir Nabi Waghe alias Abu Qasim, the self-styled district commander of the banned organization Hizbul Mujahideen, who was investigated by the State Investigation Agency (SIA). He was sentenced to 15 years in prison.”

#INA #INA_NEWS #INANEWSAGENCY
Disclaimer: This is a news published directly from tv9hindi.com news feed. With this, the INA team has not done any kind of editing. In such a situation, any responsibility regarding the related news will be of TV9 Hindi.com only.

‘This Man of the Series, Trophy Goes Out to Whole Support Staff’: Hardik Pandya After Series Win Over NZ